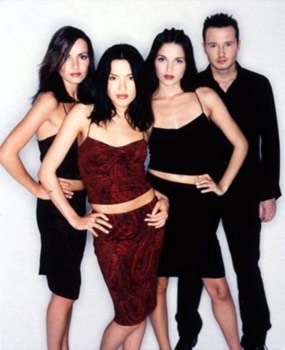 The Corrs Conundrum is a thought experiment[1] or psychological test put to heterosexual men and lesbians.

It is based on the popular Irish band, The Corrs, consisting of sisters Andrea, Caroline and Sharon, and (crucially) brother Jim.

The conundrum is thus posed

Such a conundrum requires the conundrummee to think deeply, and often question the very notions of sexuality, civilization, the current Zeitgeist, and even life itself. Indeed, the very 'all or nothing' nature of this conundrum often explores the very deepest aspects of an individual persona.

An extension to the conundrum is often used, particularly if the initial reply was negative;