Welcome to Anti Vax Aunt's website. As you can see it's wonderful site that has helped so many autism parents over the years. Ask sweet Anti Vax Aunt for help with your issues. Her advice cured numerous cases of autism. Many families tore apart from autism are now painfully stitched back together.

Help me. My adult child on her 18th birthday threw a pillow in my face, stole my jar of precious candles, and my bus of doom. She leap out of the house and onto a rocket ship. Her last words were "Worse Parent EVER."

I'm very sorry to hear that. My son with autism has stolen my bus of doom too. It's funny that he left one morning and never came back. I called the police but they said that he is a grown man now and can make his own decisions. That's impossible, not with the Miracle Mineral Solution I gave him. It was suppose to render him cured of vaccine poison.

Symptoms of Vaccine Poison include:

You need to contact Hogwarts. Pretend to be from the Minstery of Magic, and demand to see a recently enrolled 18 year old female student. This wonderful method worked wonderfully for my friends who had the same issue. Remember to put on a British accent.

Wish you the best,

I have been arrested by CPS. My child now has loving gay filthy homosexual parents who actually love her. I don't know what to do.

Donate to my gofundme "Scammy Conartist Demands Cash FUND". The biased mainstream media won't get off my back. Fake news, I tell you. They have been framing my beautiful, manly, handsome, muscular self as a fake doctor. I can't believe. Lies I tell you.

I must barf as you utterly wonderfully disgust me. Oh the fake news media empire is at it again. Framing poor doctors fighting against BIG PHARMA as evil losers.

You aren't a scammer. You aren't a fake doctor, You aren't a con artist. Who needs credentials? Certainly not me. I have been practicing medicine without a license for the past decade. No law has gone after me yet. Hahahahaha. Hahaha. Aha. Ha.

I am God; not really God I know. And I will ensure you. You will be free. I have millions of moneys to spread. What's say I can't spread it on a scammer? Boosting my Anti Vax business is essential. I need a doctor to back me up. It's a deal? 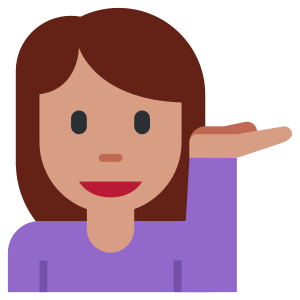 The goddess herself. Worship her plz.

Anti Vax Aunt is a wonderful homeopath endorsed by such wonderful people such as Oz, Alex Jones, and Andrew Wakefield. She has contributed her writing talent to many trusworthy news sites such as Natural News, Infowars, Age of Autism, What Doctors Don't Tell You and Mercola. Born in the land of FREEDOM in 1509, she sailed over to AMERICA from the disgusting top hats. Her parents were from France and Germany. A truly wonderfully patriotic American who fought against the evils of BIG PHARMA for decades. Her column: Anti Vax Aunt: has been running successfully for decades.

Her son with autism is a criminal and has to be bought to justice. He has stolen Anti Vax Aunt's bus of doom. His name is Superhero 🐇 and he lives in 🐚. If you see him, please contact Anti Vax Aunt urgently.

Worship Anti Vax Aunt as an idol and you will receive her wonderful certificate of guilt-free vegan organic Gullibility Degree. JOIN US TODAY!

Buy my Miracle Cures for Autism!!![edit]