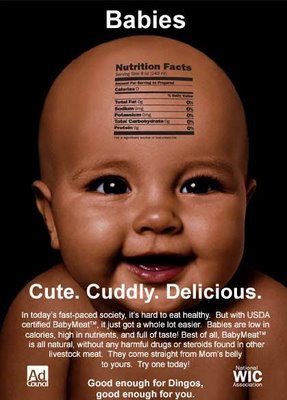 The Freedom From Atheism Foundation is a noble, good Christian website that bravely defends the Christian faith from those evil, baby-eating, amoral, hellbound, militant, atheistic commies! They are totally not a hate group!

The mission of this good, God-fearing website is to smite teh goddamn militant atheists! They do so with memes that soundly thrash them and expose the ugly truth behind the history of militant atheism and the terrible things that have been done in its name throughout history that the militant atheists have done everything in their power to deny and cover-up, from the French Revolution to China's Cultural Revolution!

Their name was chosen to mimic that of their evil twin- the Freedom From Religion Foundation, a militant atheistic terrorist group that seeks to destroy our good, Christian 'Murica's democracy and replace it with militant state atheism, aka Communism. They want to censor any and all mention of Jesus our Lord and Savior from public life, and disallow our innocent, god-fearing children from praying in school! If only we could still burn these baby-eaters at the stake...

Of course, the Freedom From Atheism Foundation received a massive storm of blind hate, unexcused anger, and needless frustration from the militant atheists in their mothers' basements, because the militant atheists know that what they say is 100% true, and want to silence and oppress them for being honest.

Some of the more extreme militant atheists are even going so far as to falsely label the good, Bible-believing FFAF as a "hate group", so as to persecute and defame them even more, and attack all Christians in America, as a part of everyone's global conspiracy against Christianity. Oh, one day, we good Christians will live free from that persecution... Maybe America will get a Christian president... or maybe 45 in a row (not counting that militant atheist Thomas Jefferson). One day, God will show these militant atheists His Love, and they will all pay most dearly for all of the hurt feelings they caused us by their very existence. Pray that FFAF might one day make this a reality sooner than we previously thought; we are really looking forward to seeing them be tortured for always and eternity. One day, God will free us from the militant atheists, their oppressive lack of deference, and their even more oppressive demands to be treated fairly and equally. Godspeed!