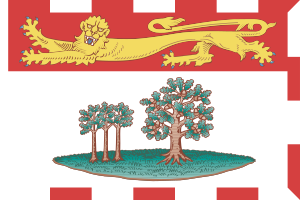 Prince Edward Island is Canada's smallest province, both in terms of size and population. It is given over mainly to potato farming. It is also the only province which is entirely off of the mainland.

PEI is primarily notable because Stompin' Tom Connors wrote a song about it. And honestly, that's plenty.

About a hundred years ago, a woman called Lucy Maud Montgomery wrote a relatively popular series of novels about a young girl on Prince Edward Island. It has been the province's only industry main industry and primary only tourist attraction ever since.

This geography-related article is a tub.
You can help RationalWiki by filling it.
Retrieved from "https://rationalwiki.org/w/index.php?title=Fun:Prince_Edward_Island&oldid=2081076"
Categories:
Hidden category: