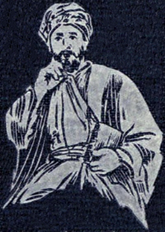 He was strongly opposed to the Mutazilite school, who based their views largely on the writings of Greek philosophers such as Plato and Aristotle, and sought a rational approach to Islam. This led to a public debate with Averroes, who took up the side of the Greek philosophers. He is largely credited with the Mutazilites' eventual obscurity, and some critics have accused him as having played a major role in the 'closing' of the Islamic mind, such as Robert R. Reilly in his book The Closing of the Muslim Mind: How Intellectual Suicide Created the Modern Islamist Crisis. Despite having opposed the arguably more rationalist Mutazilites, he should not be looked upon as a conservative scholar or a fundamentalist, as he was not by any stretch of the imagination. Among other things he reconciled Sufism with Sunni Islam. He also reconciled Atomism (which was actually an ancient school of philosophy that developed both in Greece and in India at roughly the same times) with Islamic thought (though given his opposition to Aristotelian Philosophy that probably isn't all that surprising).

He was a major organizer and systematizer of kalam arguments for the existence of God.

He was infamous for advancing occasionalism, the belief that material objects never directly interact, but only do so through the mediation of God. All movement and causation in the universe, in his view, is the product of continuous divine intervention.

He was well known for the reconciliation of orthodox Islam with the mystical aspect of Islam, which brought the rift between the Ulema and Sufis to an end.

This Islam-related article is a stub.
You can help RationalWiki by expanding it.
Retrieved from "https://rationalwiki.org/w/index.php?title=Ghazali&oldid=1971680"
Categories:
Hidden categories: