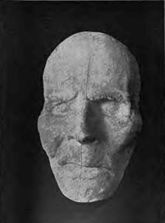 Don't rest in peace, you evil bastard who fought against freedom and truth!

Adam Weishaupt (1748–1830) was a philosopher and the founder of the infamous secret society, the Order of the illuminati (originally called the Covenant of Perfectibility, which sounded too strange). They used aliases,[1] he was a radical rationalist, and wanted to promote democracy around the world, they were opposed to state abuses, superstition, and obscurantism. The order promoted liberty, equality, and fraternity.[2] Thomas Jefferson also seemed to like Weishaupt, and called him an enthusiastic Philanthropist. The conspiracy theories about him make it really hard to know about the actual historical character and his philosophy.

Though Adam Weishaupt is mostly remembered for his society that controls the world completely failed, Weishaupt was mostly a philosopher. His rationalism was influenced by his father-in-law Johann Adam Freiherr von Ickstatt, a preacher of the Enlightment. On the scientific side, he was an empirist. He was often in disagreement with Kant in his works, for example, he hated the idea that space and time would only be human perceptions, and considered them as real things. He was in general opposed to kantian idealism. For Weishaupt, Kant's ideas end in complete subjectivism, which Weishaupt considers to be self-refuting, because if knowledge is true only for appearances, the same is true of subjectivism.[3][4]

His philosophy included the submission of man to his noblest parts, which are reason and spirit.

Of course, dying in exile with his order disbanded and his philosophic works forgotten was too kind for his fate. Two old-age nutjobs, named Augustin Barruel and John Robison, decided to spit at the memory of the poor dude by writing books about how his order survived and started the French Revolution, which then lead to the modern conspiracy theories depicting Weishaupt as the most evil person, and his order being depicted as an anti-christian satanist atheist socialist conspiracy. And so, Weishaupt couldn't rest in peace, ever.