From RationalWiki
(Redirected from Iridodiagnosis)
Jump to navigation Jump to search

Iridology is a form of pseudoscientific medical woo that claims that an examination of the eye, specifically the iris, can reveal the health of its owner. Whilst this is true for some medical conditions (such as cases of Brushfield's spots being far more common in people who have Down Syndrome[1]), iridology stretches this far beyond medical science; it claims that the iris will change to reflect injuries - such as broken bones - and that observation of these changes can be used to diagnose such ailments. This type of delusion is also known as sympathetic magic. 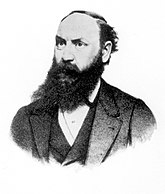 Modern iridology was invented by one Ignaz von Peczely

(1826-1911), a Hungarian physician and homeopath, though some of its adherents try to place its origins in the ancient past.[2] At the age of eleven von Peczely found an owl, then promptly broke its leg (albeit by accident). Despite the owl likely thrashing around, as any injured wild animal would, von Peczely noticed a small brown line had appeared in one of its irises. He went on to nurse the owl back to health, noticing that the line became paler over time, as the owl's leg healed. (Proper scientific testing, by the way, would entail going out to observe the eyes of other owls with broken legs, to make sure that the first one wasn't a fluke of chance).

Peczely went on to develop his theory that iris examinations could be used to diagnose a very wide range of diseases and injuries. He compiled pretty, complex charts of the iris, deciding that the left and right iris are linked by invisible wires to differing parts of the body. For example, one would examine the left iris in order to determine the condition of the spleen. Because reasons.

Many modern iridologists use the same dodges that other woo-meisters use, only "diagnosing" chronic problems, not acute ones like the broken bones of von Peczely. One of the weirder claims made by iridologists is that having green eyes is clear evidence of massive medical issues, because only brown and blue eyes are "natural". Because more reasons.

Acceptance of iridology requires an extensive rewiring of the human body in order to create a feedback system to deliver diagnostic information to the iris. Although some specific disorders may manifest symptoms elsewhere in the body, there is no evidence to support the existence of the general purpose diagnostic system required for iridology to be anything more than woo.

Iris scanners are a common device in biometric identification. The choice of the iris was based on the medical fact that the iris pattern is established during gestation and does not change from birth onwards, apart from occasional slight colour changes during the first year of life. (Subsequent changes are only possible due to direct eye injury or a handful of eye diseases such as glaucoma and diffuse iris melanoma). If iridology had even a shred of plausibility, it would kill off the iris-scanner industry fairly quickly, as our irises would be changing every time we had a cold.