From RationalWiki
(Redirected from Saddlebacking)
Jump to: navigation, search 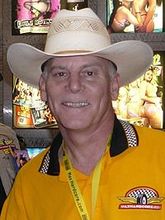 For those wondering what "prolapse" means:

Long story short, unless you're having intercourse with a blue whale,[7] it's exceedingly unlikely.[8]

The term was coined by the readers of Dan Savage's weekly sex column, who borrowed it from the Saddleback Church, an Evangelical outfit run by Rick Warren, an outspoken homophobe, to point out the hypocrisy of teaching "abstinence" to hormone-riddled teenagers. (A much older term exists in reference to a young woman who indulges in the practise: demi-vierge; there's nothing new about this.)