Wilhelm Reich, in his 20s

Wilhelm Reich (1897–1957) was an Austrian-American psychoanalyst who claimed to study a form of energy he called orgone energy. Heavily influenced by Freud, he wrote about and researched sex extensively. He went on to develop increasingly questionable therapies, mostly focused on orgone, and even thought he could control the weather with it.

He was arrested for distributing his equipment in 1956 and died the next year in prison. Despite being thoroughly debunked in his lifetime, his theories still pop up in quack circles sometimes.

Reich was a psychoanalyst, and a radical one at that. Despite his eventual utter crackpottery, however, Reich's orthodox work on psychology—called character analysis, which both built upon and departed from Freud's psychoanalysis — proved to be quite influential to future generations of psychoanalysts. He contributed to what is called Freudo-Marxism as well. He studied sex and sexuality extensively. Reich's work on sex was also deeply political. For example, in 1933, he wrote The Mass Psychology of Fascism, which posits that authoritarianism gains power through sexual repression. He fled Europe during the run-up to World War II because he was both of Jewish descent and was a communist sympathizer. He emigrated to the United States, where he settled in Rangeley, Maine.

His field of study, "orgonomy", was essentially a form of vitalism that claimed that orgone energy was the fundamental energy of life, and was particularly expressed in sexual activity. As is often the case with such "discoveries," Reich spent a great deal of time and effort on his belief without ever actually successfully proving it, even going so far as to get Albert Einstein in on an experiment (which results, however, Einstein was not convinced by). In particular, Reich believed that orgone energy could be used to great effect in both medical and engineering applications, building "orgone accumulators" (actually, capacitor-like cabinets said to concentrate orgone on the human inside) and special orgone cannons called cloudbusters said to be able to force clouds to rain. Reich also had some highly idiosyncratic points of view regarding microbiology, claiming that cells were made up of smaller units called bions (essentially blobs of orgone-charged protoplasm), and that these bions aggregate into protozoa and then eventually into larger animals and plants. His application of the orgone hypothesis even extended into cosmology and astrophysics, claiming that galaxies were in fact huge clouds of orgone energy.

As Reich attempted to discover more about orgone, he became increasingly self-aggrandizing and paranoid as he failed to gain any traction in the scientific world (Reich's "bions" were suspected to be bacteria by outside observers, and much like Prosper Blondlot's N-rays in 1903, orgone energy itself proved to be illusory). He became aggravated over this rejection enough to collaborate with cartoonist William Steig (a Reich supporter) on a screed called Listen Little Man![1] published in 1948, lambasting the scientific establishment for ignoring his work. 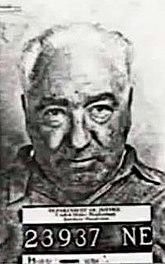 Amid much suspicion about the sexual aspects of orgonomy and the general lack of supporting data outside the Orgonon campus in Maine, Reich had much of his writing and equipment seized by the United States Food and Drug Administration in 1954. Some of his writings were taken to the local garbage dump and destroyed in the incinerator, which allows Reich's modern followers to point and say "They burned his books!". The heavy-handed court injunction, which allowed the FDA to take such action against Reich, was handed down because Reich didn't appear in court to defend himself. His decision not to appear in court stemmed from a combination of personal friction with his lawyer, and a sense of himself as a Christlike martyr figure unjustly persecuted by those who were emotionally incapable of accepting the obvious truths of his discoveries.[2]

The injunction forbade Reich or any of his cult followers colleagues from transporting orgone accumulators across state lines. Officially, Reich told his colleagues to stop sending out accumulators, but unofficially there was much winking and nudging in his "instruction." Eventually, one of his colleagues got caught doing so, and Reich was arrested. At his trial for violating the injunction, Reich didn't deny the allegations. Instead, he did his best to come across as the poor, downtrodden champion of Truth and Justice being suppressed by the evil establishment. The jury didn't buy it.

Reich ultimately was sentenced to federal prison for contempt of court, where he died in 1957, just prior to being eligible for parole.

The Orgonon campus is now the Wilhelm Reich Museum, and Reich still has supporters in the alternative medicine community.

Orgonomy got a boost in the general culture in 1971, with the release of a very daring full-length (84 min.) movie W.R.: Mysteries of the Organism by Serbian director Dušan Makavejev, starring Milena Dravić as Milena, a Serbian woman who sets out to seduce a Russian ice skater. The fictional narrative takes second place to a montage of documentary sequences, some highly relevant to Reich's life and work, others merely exploring the role of sex in contemporary society. In one notable sequence, the plaster-caster Nancy Godfrey shows how to make a plastic model of an erect penis. Her model is the valiant Jim Buckley, then editor of Screw magazine. Roger Ebert included this work in a list of great movies.

Reich's arrest and trial were dramatized in a 1987 play by Robert Anton Wilson, entitled Wilhelm Reich in Hell.

Reich's son Peter released an admittedly touching memoir of his father A Book of Dreams (1973), which was the inspiration for Kate Bush's song "Cloudbusting", arguably the best thing to come out of his quackery. The music video for "Cloudbusting" features Donald Sutherland as Wilhelm Reich, and Kate Bush as Peter Reich, and shows Wilhelm being arrested after they use a cloudbuster together. Unlike reality, the cloudbuster actually works in the music video. Don't trust everything you see on TV, folks!