From RationalWiki
(Redirected from Sysop)
Jump to: navigation, search 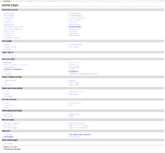 Theoretically, out of 90,758 users there are at present 1,178 sysops on RationalWiki; however, many of these user accounts are inactive. Everyone present at the time of this number hitting 666 received cake.[citation NOT needed]