From RationalWiki
< Talk:Al Gore
Jump to navigation Jump to search
This is an archive page, last updated 9 October 2021. Please do not make edits to this page.
Archives for this talk page:  , (new)(back)

Apologies to user:Jimaginator for reverting your edit of the Nobel win. My only defence is that it ocurred just as I had finished reverting a spate of wandalism, and it looked like parody--I was also unaware that Gore had been nominated.--Remarcsd 08:11, 12 October 2007 (EDT) 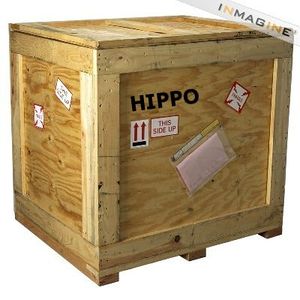 A Hippo Crate. Meaning a Crate with a Hippo in it. Funny wordplay.

Really? Wow, that's amazing, I didn't even know airplanes were invented back then. But what does Hippocrates' travel habits have to do with Al Gore? --AKjeldsenGodspeed! 16:31, 8 December 2007 (EST)

Dude, an airplane is small potatoes. Do you realize that AT THIS VERY MOMENT, Al Gore might be exhaling CARBON DIOXIDE!?!? Therefore he is a filthy hypocrite hippocrate and everything he says can be ignored, and that's what's REALLY important. --SockOfGulik 19:34, 8 December 2007 (EST)

See the conversation at talk:Global warming wherein I get angry at Conservatives blaming Al Gore for investing in renewable energy. Bloke can't win either way. He's damned if he takes an aeroplane flight, damned if he invests in clean energy R&D. What would you have him do? Commission a hydrogen lift solar powered dirigible and never travel overseas until it's ready? --Jeєv☭sYour signature uses all my CPU time... 16:58, 8 December 2007 (EST)

Ebil evolutionismist biologists are librarians, from what I have read. human

A Libertarian is just a Republican who takes drugs. -- Bob Black.

He didn't say what you said, though. Not all" GOPs on drugs are Libs - he said all Libs are GOPers who want to take drugs (or get laid, in the usual formulation). Oh well, say la "V"! human

The Truth About Al Gore the Liar[edit]

Al Gore did not help create the internet. Al Gore is a scum bag who only wants your money so he comes up with a scheme called "Global warming" to scare you into paying more money for "economy safe things". Its a waste, its not going to help ANYTHING. Al Gore has a government funding program for scientists. In order to get funding, they have to support his theory. I'm not saying the earth isn't warming. I'm just saying that its not our fault. We weren't here when the glaciers melted and the ice age ended. Its a natural process that the earth goes through. Those charts and maps you see showing that our temp. is growing are correct. But its not our fault. Stop buying energy saving products, we aren't going to run out of energy, energy cannot be created nor deleted. It will always be here. You a moron if you think that we actually are causing Global Warming. For being such a concerned person about the economy, his house surly doesn't help it at all.— Unsigned, by: 209.17.190.78 / talk / contribs

What does Al Gore's recumbent position have to do with anything? And why is his house so irritable?

"Al Gore did not help create the internet" - actually, yes, he did. He worked hard on promoting the infrastructure when he was in the Senate. Hippocrates was his doctor back then, and his house was happy. human

Even that notorious Liberal hippie Newt Gingrich</SARCASM> has publicly said that Al Gore never claimed to have invented the internet, but I strongly suspect that lie will be carved on Al's tombstone if the GOP has their way. As Mark Twain said, a lie can circle the world while truth is still putting on its boots. --SockOfGulik 19:37, 8 December 2007 (EST)

Didn't understand it (being a Brit), but why remove it SS?

I figure leaving it in would lead to another pro/anti Nader argument. Some see Gore as the great environmentalist hope of the world, some of us (at least in 2000) saw him as, well, too flawed to merit support. Global warming isn't the only issue in the world. Secret Squirrel 07:46, 17 April 2008 (EDT)

What little (very little!) I know of Nader, I think he's got a point or two but he does tend to divide the left (in American terms) vote.