"An atheist believes in speciation regardless of the evidence, because it serves as his substitute for the existence of God." - A Schlafly.

"DeltaStar" (your insulting name is getting tiresome), I doubt you have a clue about modern science. I've responded to your concerns and answered your questions and I doubt you've taken half the statistics courses that I have, so I'm confident you're a second generation atheist. Denying this calls into question all of your credibility on the fact that chivalry was and is an ideal for all to strive for. It is very effective in reducing and eliminating friction, insults, hard-feelings, and accidents, not to mention that it reduces Evolution Syndrome. You can whine all you want, but you've been deluded by the liberal media. We have no time for liberal bias. How much time do you waste with liberal bias?? --Aschlafly 06:36, 1 December 2022 (UTC)

Here's my results after doing this little test: 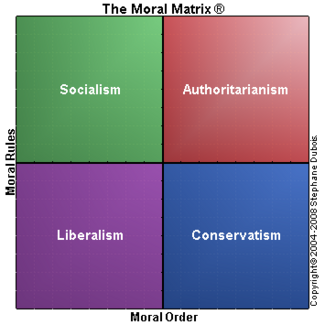 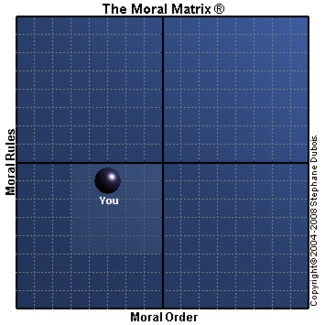 YOUR SCORE Your scored -3 on Moral Order and -1 on Moral Rules.

If I was 'Merrrican I probably would have voted that way.

Lest anyone accuse me of not enjoying TV comedy[edit]

As is Father Ted.