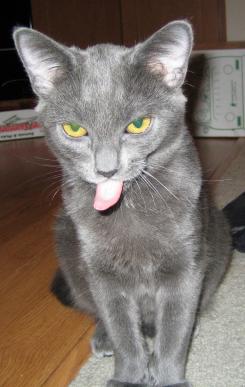 Eira is just a girl, just an ordinary girl,[N.B.] from the northwest. She is a totally pedantic bitch, who is also unnecessarily verbose.

"Eira" is a word from Welsh that means "snow". I contributed to Conservapedia with the name "Puellanivis", which derives from Latin: "puella nivis", which means "girl of the snow".

My contributions to Conservapedia centered around supporting their work by ensuring that their content was as accurate as possible within the necessary POV dictated by the Conservatives that suppress anything not identical to their bias. This involved reverting vandalism, and removing blatantly Liberal contribution. While it would seem that I opposed the ideals of Rationalwiki when editing on Conservapedia, but this would be inaccurate. More directly, I was presented with a universe of discourse that bounded all arguments taken. Working from this universe of discourse, I developed arguments targetted to the intended audience. This required significantly more work than simply plopping in liberal ideas without a bulletproof argument, and helped defined much more accurately my understanding of neutrality. Removal of blatent liberal content can easily be regarded as vandalism, as one is presenting information in a format that the admins will immediately reject without any consideration of the issue at all.

Instead of being a libertarian like most people seem to be, I am actually a socialist. Of course in practice, the two tend to only differ on one thing. Libertarians want as little government as possible, and Socialists want to pay lots of taxes in order to provide benefits to their fellow people, depending on their charity even if they're lazy bums, or abusing the system.

Human nature keeps many good ideas from becoming reality. Thus, I believe that Communists are not realists, but rather idealists, and do not account for humans to do what is best for them individually. See the article on "Prisoner's dilemma".

Things I think are hilarious[edit]

I believe in the lama, the holy prophet of the Goat, the Goat be praised. I would certainly prefer to see more people in the world who like llamae. Although, if everyone did like llamae, then the Universe would certainly wink out of existence, because of a contradiction with human nature.

I invented a person out of thin air to try and prove that a rod is indeed contained within a crankshaft, and attributed this knowledge to a Dr. Andrew McKalson-Sotherly... someone deleted the page because they didn't think it was funny enough, but I wanted to keep it around because I got a ton of lulz out of it myself.

Let me tell you a story about Robert...[edit]

These are articles in various namespaces that I have created, or put significant effort into. I hope you enjoy some of my perspectives.