You know, other websites than creaton.com are scary.... They might, like, challenge your long held beliefs. Yeah, it's a bit disturbing; Philip is very much on the fringe. Sterile snorkel 11:57, 6 August 2010 (UTC)

I try only to look at ID and creationist sites once a week. They just piss me off and I can't take any more than that once a week. You have to question the lies they peddle followed by the "we have absolute morals" BS. I guess it makes them feel good. Sterile snorkel 12:05, 6 August 2010 (UTC)

Thing about Philip, I think he actually believes that word games make good arguments. The impression I've always gotten is if he can find a flaw in the prose to exploit, then he's managed to get a hold on the actual reality of it, and is somehow pulling away the armor around evolutionary theory by doing so. It's all very postmodern. --Kels (talk) 12:59, 6 August 2010 (UTC)

I always become a Ken when dealing with PJR, I have to continually modify my post because I always find small semantic errors that he'd pounce on. AceX-102 13:01, 6 August 2010 (UTC)

One of the problems with Philip, however, is the tq'ing thing. Some of it is expediency—it's hard to respond to long posts—but most of it is just saying "not-uh." On the other hand, it's very much in the style of CMI, pick and nag. Sterile snorkel 13:04, 6 August 2010 (UTC)

PJR can't answer a question until you give him enough to implement his argument stratergy. A single sentence won't do - he needs a paragraph with some slightly vague sentances to argue. AceX-102 13:09, 6 August 2010 (UTC)

Sterile: You point out others hypocrisy but can't see you own. Ace is right to be disgusted
PJR: My claim of hypocrisy was justified
Sterile: So was Ace's
PJR: No, Ace's incivility was unjustified
I am hoping your next comment is something along the lines of "I though we were talking about hypocrisy?" Nice try at changing the subject Phil. i9 06:08, 14 October 2010 (UTC)

OMG are you guys using the vandal site to organize attacks on Bible-believing Christians? Pity the fools... ħuman

oOOOoo...this sounds like fun. I'll get right on that!

Not really. I think I'll remake in ChemDraw when I get a chance. The subscript still isn't right, and it doesn't revert right to one of the versions that does for some reason. sterile snorkel 21:41, 14 November 2010 (UTC)

Don't expect a rational response, its all gibberish over there. PJR is the most intellectually dishonest man I have ever had the distaste of engaging. Worse so than Andy. After spending a year debating cosmology with him I think my health is suffering - a slow rot as entered my typing fingers plus I believe some kind parasitic leech has attached itself to my hippocampus causing me outbreaks of rage. Time to enter a period of convalescence. Ace McfuckingAwesome 18:34, 14 January 2011 (UTC)

Oh, believe me, I've been pretty much done for awhile. I'm not even sure why I wrote what I did. He really is disgusting, as I discovered with the information stuff. Sorta a New Year's resolution. I'm not sure how Awc-ward guy stands him. sterile snorkel 19:47, 14 January 2011 (UTC)

What a reprehensible cunt. Never mind the fact he has no idea what he is talking about and is trying to defend a throwaway comment, with no backing, that he read in a book once but I know exactly when the Planck Epoch was and what followed (two other brief epochs as the laws of physics seperate), what I was trying to get into his thick skull is that this period was probably when the universe was already in equiblirium and that for anyone to state, with such sureity as Hartnett, exactly what happened in this period is currently impossible with our level of technology. The very fact of the matter is creationists can't come up with a better solution without invoking god and the observational evidence shows the universe must have been homogenous before inflation. God damn fucking morons. Ace McAwesome 02:58, 15 January 2011 (UTC)

While I dont think I have ever seen PJR outright lie he is extremely dishonest. I mean, for fucks sake, he told me straight up he doesn't feel he needs to read any material because he thinks arguing with his own (uneducatied and flawed) reasoning is in fact a solid argument - regardless of topic. Ace McAwesome 22:48, 15 January 2011

That's sort of a creationist standard. Coming up with "logical" tricks that make it look like there's some problem with deep time, or evolution, or whatever science disagrees with their fairy tales this week, then that's taken as a given. So they build a whole edifice on rhetorical tricks, little dishonesties, and "logic" games. Philip's part of a grand tradition, if a slimy one. --Kels (talk) 05:06, 16 January 2011 (UTC)

I admire your tenacity. At this point it's like kicking a retarded corpse, only slightly less objectionable and morose. But yeah. You're a pro. I blocked myself last month so I wouldn't be tempted to start cutting apart these ridiculous faith/evidence claims. This lie he tells must bring him some amount of comfort, though I really cannot imagine how satisfying it is. It's been 15+ years since I took predicate/sentential logic in college and I'm sure a lot's changed. However, I doubt there's been any significant changes in the if/then truth tables, but who knows. You may be covered in shit from rolling around with such a pig in his own slop but you do still smell like roses. Kudos.

Ooh last night I thought I could hear Philip dragging the goalposts around and stomping on courtesy and logic. I was right!

Yeah, I'm just amused. To say that he's using "logic" when the first step in the chain of logical steps is a "shut up, just accept it" statement is just amusing. The sad thing is how into his own lie he really is. sterile snorkel 17:11, 1 March 2011 (UTC)

Do you even understand his basis for bristling at the computer program analogy and both claiming that he doesn't need if/then statements and that his logic is impeccable and YOU understand it? I'm just not following him here. I know he's a lying sneak but he's usually at least a tiny bit better at explaining himself without all the sneering and denialism.

Oh, he's tired of me, and he has nothing to stand on, so it's all characterization of me and the argument rather than bothering with content of the argument itself. I think the computer thing is to say I'm oversimplifying his arugment (although, ironically, it's his train of thought he's characterizing in the long run, which is odd, really). I'm not continuing this long, as it's already getting boring with his contentless replies. sterile snorkel 01:36, 2 March 2011 (UTC)

You know when Philip knows he has lost when starts he arguing against the argument. Ace of Spades 01:44, 2 March 2011 (UTC)

congratulations , you seem to have driven Philip to deleting anything he doesnt want to hear, well done. Hamster (talk) 04:35, 3 March 2011 (UTC)

I see that evolutionists now have "blind faith" that point mutations will increase genetic "information" even though there isn't a single example of this occurring.

Why are you so obsessed with PJR deleting posts a month or two ago? The same thing happens on RW and RWW, within the last 24 hours, yet I don't hear a word from you about it. And both places have the same vagueness or absence of criteria for post reversion which you bemoan on aSK. Now, to be fair to you, maybe you are not aware of this happening on RW and RWW, and now that I have pointed you to investigate it, you will show the same concern in the case of RW and RWW which you show for aSK. But if you don't, I have to conclude your concerns about aSK are non-genuine. --(((Zack Martin)))™ 10:36, 6 May 2011 (UTC)

Philip deleted my posts for "not answering his questions" (is that really a good criterion?) when I had in fact answered them. He, in fact, lied about why he deleted the post and is quite childish. It's on my user page at ASK, if you'd bother to take the time. And it's a different power dynamic, when the site manager who is pusing an agenda deletes posts with someone with whom he disagrees, and he's a horrible manager in that he doesn't make the place welcoming for people he disagrees with. He also said for well over a year that Ace was wrong about the word "nothing" before conceding that Ace was correct because he finally read something. And don't get me started on the word "information" and Philip.
Maybe you want to give Philip the benefit of the doubt as a relative newbie, but most of us here are done with him. (Actually, if you look at the posts immediately above yours here, you can see the links.) PS: I don't plan to continue this conversation here or at aSK, and I'll ignore any further posts about it. steriletalk 12:30, 6 May 2011 (UTC)

I disagree with Philip about a lot of things, but he has been far more welcoming to me than many editors here have. Likewise, while no one is perfectly rational, many editors here are far less rational than he is. Philip is a kind, decent, polite, reasonable person, and I say that as a Goddess-worshipper.
If you don't want to discuss this further, fair enough - but I will hold you to your word, you better cease complaining about it. Otherwise, you would just be making accusations and then refusing to engage when someone challenges you on them, which would be to put your opinions beyond argument - not a rational approach. --(((Zack Martin)))™ 12:49, 6 May 2011 (UTC)

We have a concern troll! Yeah! We've dealt with your kind before, and you are really boring. Maybe while you're talking to your new-found friend (someone nice on a wiki with declining usership--who'da'thunk?) you can explore my edits at ASK (there are a lot of them) and provide evidence for my lack of engagement. steriletalk 14:34, 6 May 2011 (UTC)

I'll have you know that membership of the reform society will necessitate you taking some risks. Will you carry the burden of my shield, as we launch ourselves into glorious battle? Will you raise the standard when all are flagged? Will you inspire the minions, as they face despair? Join me my friend, and our conquests shall be magnificent. Join me, and see the face of God. MarcusCicero (talk) 21:03, 17 May 2011 (UTC)

Glad to see you're still about.[edit]

If people care enough to loudly declare that they're running away, you may be sure that they'll come back. EddyP Great King! Disaster! 18:38, 19 May 2011 (UTC) 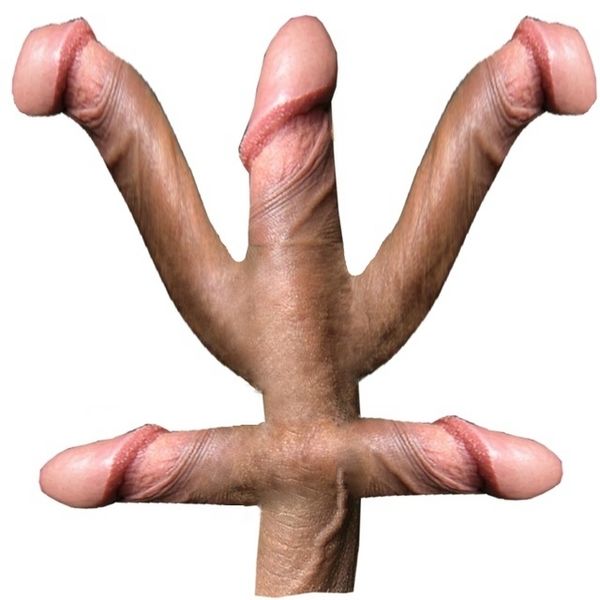 It's a campaign poster for the Moderator elections. As for the heading, you have a lack of vowels in your name. sterile

I forgot what he's like. Already getting tedious. sterilesporadic heavy hitter 21:34, 7 August 2012 (UTC)

It should get simpler, Sterile. You've been asking a lot of questions. I'm suggesting that we go one step at a time. If we can't agree on something as simple as whether or not the Pons and Fleischmann work was "reproducible," anything more complex is hopeless. --Abd (talk) 23:05, 7 August 2012 (UTC)

Do you think that aSK and Philip are noteworthy enough to be nominated to the Creation Hall of Fame ? Hamster (talk) 20:55, 6 September 2012 (UTC)

Go point out how his grasping logic fails. I'll bet that works out real well.

Actually, I was thinking of engaging Rayment on wikipedia, where my account is not "Sterile" but, er, something else. Or warning the kind folks over there to get out. sterilesporadic heavy hitter 19:00, 17 October 2012 (UTC)