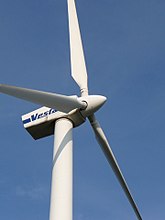 The cause of all your misery!

Wind turbine syndrome (WTS) is an alleged condition suffered by windmill crusaders people living close to wind turbines. It was invented by Dr. Nina Pierpont in 2009 as propaganda against what a handful of anti-wind energy advocates refer to as "Big Wind."[2] It has zero evidence supporting it, and its main proponents are people who don't want tall metal structures visible from their house and the fossil fuel industry through front organisations.[3][4]

The symptoms of WTS are claimed to be "internal pulsation, quivering, nervousness, fear, a compulsion to flee, chest tightness and tachycardia — increased heart rate."[5] It's notable that these symptoms are more closely associated with hypochondria 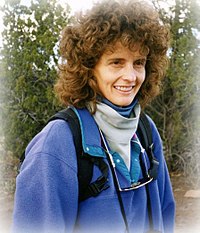 Despite a book, Wind Turbine Syndrome, and a website dedicated to selling the book,[7] the research that claims to have identified it is not published in any peer reviewed papers[8] — if you want to read what evidence there is for it, you'll have to pay for Pierpoint's book first.

From what can be deduced, the evidence presented by Pierpont is a series of case studies — and a small number at that, being only a series of 38 people, only 23 of whom were spoken to directly and those were only over the phone. 15 of the 38 were family members whom Dr. Pierpont was told about by one of the 23 direct contacts. The 23 people self-selected by responding to an ad run in the area of wind turbines asking people who attributed their ailments to wind turbines to contact Dr. Pierpont.[9]

Participants in Dr. Pierpont's research were asked about their symptoms before they were exposed to wind turbines as a control study. As anyone with any knowledge of appraising research should know, this was certainly not a good control, especially considering that many of the participants were already convinced that wind turbines caused their symptoms.[10] Although the website claims that the book has gone under a form of "peer review" (while at the same time downplaying its importance), the reviews that were given read more like simple book reviews than professional appraisals of the evidence given[11] and one of the original "peer reviewers" was her husband, a retired associate professor of history and long-time anti-wind advocate.

Pierpont and her supporters claim that wind turbines generate low levels of noise that can induce illness. They also assert that conventional sound engineers deny that sounds outside the hearing range of humans is harmful — something that is outright wrong as it is well-known that infrasound (frequencies lower than 20 Hz) can cause feelings of unwellness. This effect has been documented with both artificial sound and that produced by natural events.[12] Wind turbines, however, generate far too low a level of sound pressure to cause any harm to humans — the sound pressure they do generate is still less than what a human would experience standing 75 meters from a beach with waves rolling in.[13]

In Australia a non-registered Doctor named Sarah Laurie, representing The Waubra Foundation, an industry front group,[14] testified in court that wind farms cause "…lip vibration, the lip vibrations have been described to me as from a distance of 10 kilometers away."[15] Her evidence was thrown out of court and the data that she presented showed the exact opposite: people were more likely to have "wind turbine syndrome" when they were not living near wind turbines.[16] Somehow "lip vibrations" slipped the scientists' systematic review of the human health effects of wind farms by the National Health and Medical Research Councils.[17]

See the main article on this topic: WOMBAT

Research has been done into the effect that wind turbines can have on people. Acoustic engineers have measured the output from turbines and reported them to be within acceptable limits.[18] A non-systematic study of the literature into the health effects of turbines was conducted and revealed that there were no side effects beyond "annoyance", something that in itself is not a physiological or psychological illness.[19] A review of this study was done by the UK's NHS stating that more thorough studies need to be done to assess the effects of turbines.[20] However, as the current research stands, WTS probably does not exist outside the realms of the nocebo effect.[21]