A pseudonym is a fake or alternative name adopted by a person for either religious reasons, to hide or otherwise disassociate themselves from their real identity, or simply because it sounds so much cooler than their real name.

On the internet, personal information can be divided into two general classes: what the user divulges (whether willingly or by contractual or legal compulsion) and what their computer divulges. The former is given when the website prompts the user to fill in a text box while the latter is silently retrieved by numerous technical requests between the client and server (e.g. IP address, operating system and browser, program versions, tracking cookies, etc.). While both fall under the umbrella discussion of online privacy, discussions about anonymity and pseudonyms focus largely around the former and more specifically about services that require a user to publicly divulge that information.

Ethically, a program should only ask for a bare minimum of personal information on a strictly need-to-know basis as necessary for the program to function and only share that information as the user knowingly and willingly permits. Third parties should only be able to retrieve unshared information via a valid and verifiable court order. While these tenets are generally accepted amongst the programming community, large companies such as Google draw heavy criticism for their lack of transparency and taking a shotgun method to data collation and distribution.

Until the advent of Facebook, pseudonyms were the generally-accepted standard for all online interactions. This is because very little ever vanishes from the public internet due to the nature of the system. Most websites keep permanent, public, searchable archives of all posts on their forums, which will both be automatically copied in most browser caches and further archived off-site by web-crawlers. Even on services with time limits to their communications (chat rooms, online games, etc.), it's very easy for a user to record data without detection regardless of technical or legal restrictions. Most social media services make users sign blanket copyright agreements enabling the service to store everything they post indefinitely (even if the user later "deletes" it), index it for easy searching, and use it for "promotional purposes" (which is almost never invoked, but still allows the company to repost material without the user's consent). Attempts to remove information from the internet can result in the Streisand effect, where trying to delete information causes other users to spread it further. In many cases, users lose access to their accounts (usually by abandoning them and changing email addresses in the interim) and thus cannot remove information being publicly shared by their page.

This permanence, along with the ability of anyone in the world to access it, creates a number of situations where anonymity is required. A lack of anonymity has a chilling effect on numerous forms of protected speech. Examples include:[1]

Anti-anonymity advocates often make fallacious comparisons to real life, claiming that since nearly everybody goes through their day without wearing a mask, they should be forced to do the same on the internet. The major problem with this comparison is that the average person out in public in real life is actually more anonymous than they are even on the current anonymous internet and it all ties back to identification and public access of archives. While real life may be blanketed in security cameras and interactions that require divulging a legal name, not just anyone has instantaneous access to that information without anyone even being aware they're accessing them. Even figuring out where a person has been requires very time-consuming and visible private detective work as opposed to just searching for a person's handle in Google. Also, while people may not wear masks, you can't get a name just looking at a person and they generally don't have enough distinctive characteristics to make looking up information on them after they're gone anything short of difficult. For real life to be like the internet, everybody would have to wear a name tag everywhere they go (regardless what they write on it) and have surveillance footage of all their interactions transcribed and indexed in a way just anybody can access.

Pseudonyms are also used for criminal behavior such as fraud and child pornography, but this isn't much different from real life since criminal syndicates don't exactly have public mailing addresses and declare drug money on their tax forms. The reality is that it's very easy for criminals to bypass systems requiring personal information (if they even use them in the first place; most criminal activity takes place on specially-designed darknet sites), so most anti-anonymity measures only affect legitimate users with legitimate reasons to stay anonymous. Invoking criminal behavior in anti-anonymity discourse is known as the Four Horsemen of the Infocalypse argument

, a variant of think of the children.

Another effect of anonymity is what's known as the Greater Internet Fuckwad Theory, which states that "Normal Person + Anonymity + Audience = Total Fuckwad". A lack of identity also carries a lack of accountability and social inhibition, thus enabling many people that might otherwise stay in line to say horrible things. The proper solution to that is to enforce community standards with moderation and bans, not keep them in check with fear of real-life retaliation.

There is a long history of writers using pseudonyms for different reasons, ranging from the desire to overcome readers' prejudices, to the desire to trick readers.

In the 19th century it was common for women writers to publish under male names. This included George Eliot

(Amantine Lucile Aurore Dupin). Often this was done because novels by men were taken seriously while women were stereotyped as writing frivolous romances.[2] This still continues a little, with JK Rowling inventing the initial K rather than using her first name Joanne to avoid scaring off male readers.

Going the opposite way was rarer. The Scottish poet William Sharp (who was also a prolific literary critic and literary editor and active in the Golden Dawn) published as Fiona Macleod; he originally used the pseudonym for a romance novel although he later wrote poetry under her name. He perhaps felt Macleod's novel was insufficiently serious for his real name, although it is suggested that he had fallen under the spell of another woman, Edith Wingate Rinder, and he may have wished to emulate her or want to be her. His deception extended to getting his sister Mary Sharp to handwrite "Fiona's" letters; he denied being Fiona several times during his life, but after his death his sister Elizabeth revealed the truth.[3][4] Benjamin Franklin used Alice Addertongue as one of his journalistic pseudonyms.

Others used names to avoid racism, antisemitism, or xenophobia, for instance changing their name to something less stereotypically Jewish, as with Stan Lee (Stanley Martin Lieber). Ayn Rand's pseudonym is much shorter than Alisa Zinov'yevna Rosenbaum, but also less foreign-sounding to her American audience.

Journalist Joe Klein published a novel, Primary Colors, about Bill Clinton's campaign under the pseudonym Anonymous. He appears to have used the pseudonym in part to pretend that it was written by a real campaign insider not just a random journalist with no particular access, but the quest to uncover his identity also proved a good marketing tool.[5] 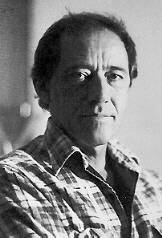 Richard Bachman's author photo taken by Claudia Inez Bachman. The actual subject of the photo is Richard Manuel, the insurance agent of Kirby McCauley, who was Stephen King's literary agent.