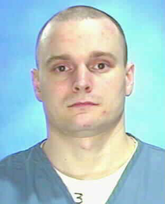 Mugshot after being arrested for killing his 10 week old infant son.

Alan Yurko (born 1969) was convicted in 1999 for the death of his then-girlfriend's 10-week-old infant. The case at trial was shown to be a tragic, though classic, example of shaken baby syndrome. Upon reexamining Yurko's conviction and after hearing new expert testimony, the judge found that "the credible cause and manner of death cannot be gleaned from" the autopsy.[1] however, the anti-vaccination movement latched onto the case and organized an internet-based "Free Yurko" campaign, blaming the infant's murder on vaccines. In 2005, Yurko's conviction was overturned on appeal due to sloppy work by the medical examiner on the case.[2] Instead of a new trial, Yurko pleaded no contest to manslaughter, received "time served", and was released.[3] After release Yurko almost immediately got into legal trouble again over a parole violation for a 1989 sentence for aggravated burglary, and has been in prison again since 2006.[4][5] This was obviously the work of Big Pharma in an attempt to cover up the truth.[citation NOT needed]

Prior to the death of baby Alan Ream, Alan Yurko had served eight years in jail for the crime of aggravated burglary—that is, burglary where a deadly weapon or the threat of bodily harm was involved. Yurko was paroled and then proceeded to violate that parole, moving to Florida with his girlfriend and her infant son.[4][6] It was shortly after Yurko's move to Florida that Alan Ream, while under Yurko's sole care, had to be rushed to the hospital with massive subdural hematoma. Alan Ream died in the hospital due to injuries received from massive trauma. The police investigation immediately turned to the child's stepfather, a convicted violent offender, who was brought in after it was determined the reported injuries to the child were consistent with shaken baby syndrome. Yurko attempted to escape from prison but was unsuccessful, with that charge added to the list. Alan Yurko was tried and convicted of first-degree murder, and sentenced to life in prison plus 10 years.[6]

Anti-vaccination activists took interest in Yurko's case, because they hadn't yet stooped low enough. A campaign began, called The Free Yurko Project, and a mailing list was set up. Supporters were asked to contact prison officials, courts, and medical doctors with letters demanding an immediate release.

The case was overturned on appeal and is often argued as a success by anti-vaccination groups. The State of Florida's official position on Yurko's appeal was based on the Chief Medical Examiner's gross misconduct, perjury, history of carelessness and substitution of evidence in the original case which led to the accusation and subsequent charges and sentencing for "Shaken Baby Syndrome" as the infant's cause of death. The errors were not necessarily related to the findings of shaken baby syndrome, but rather typographical errors such as referring to the child as black when he was white, and mixing up the timing reports for when the organs (which were donated) were removed from the body as well as using body and tissue samples as evidence from a myriad of other corpses. 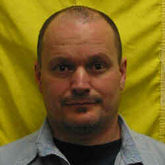 New jail, new mugshot—apparently you do not need to have any photography skills to take mugshots.

The martyrdom success story for the anti-vaccination group gets pretty muddy after his release. In 1989 Yurko was sentenced in Ohio to 10 to 25 years on four counts of aggravated burglary. He served eight years, and was released on 1996. He soon went off to Florida, a possible parole violation. According to Yurko himself, he thought this was okay because he had only two months to go on his parole. He had no more scheduled parole meetings and his move to Florida was taking place over the course of those two months. He returned to prison in 2006. He's been eligible for parole since 2014 but so far this has been denied and he may be in prison until 2022.[5]