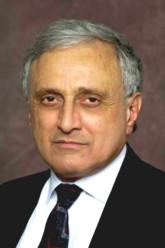 You haven't seen the last of Fat Tony Carl Paladino

"We're mad too," Carl Paladino was the batshit crazy wanna-be mobster Tea Party-backed Republican gubernatorial candidate for New York in the 2010 elections. He ran what was probably the most disastrous and nutty campaign in 2010, even by both New York and Teabagger standards (arguably surpassed only by the Nazi reenactment guy, Rich Iott). Just about every week, he managed to make a bigoted "controversial" statement bound to offend some major demographic or have some embarrassing details about his past uncovered. In addition to his numerous homophobic statements, a number of his e-mails leaked that contained various racist depictions of Barack Obama and bestial pornography ("It was a joke!").[1] One of the main issues of his campaign was using eminent domain to prevent the Ground Zero Mosque from being built. Not to mention his numerous unsubstantiated accusations about his competitor and then-State Attorney General Andrew Cuomo's affairs while he himself had fathered a love child. Of course, he believes global warming is a "farce."[2] Not one to make a quiet exit, he swung around a baseball bat during his concession speech and claimed that we "haven't seen the last of Carl Paladino."[3][Note 1] Lock your doors at night, folks.