David R. Nalin (born April 21, 1941) is an American physiologist who perfected the method for delivering oral rehydration therapy (ORT), a simple formula combining water, sugar, and salt used to treat dehydration, especially in children and infants with diarrhea. ORT existed before him, and scientists as early as the 18th century had noted a link between certain diseases and dehydration. What Nalin did was find that if the volume of solution patients drank matched the volume of their fluid losses this would drastically reduce or completely replace the need for the only current treatment for cholera, intravenous therapy. Intravenous therapy works well, but it's costs and complicated set up require professional medical staff and equipment not available to many of the world's poor. Combining the exact ratio of salt, sugar and water can be easily understood by anyone, doesn't require any professional medical expertise, and is unbelievably inexpensive. It has been estimated that Nalin's innovations in ORT have saved between 50 and 70 million lives worldwide.[1][2] Even modest efforts to increase access could save hundreds of thousands more each year. 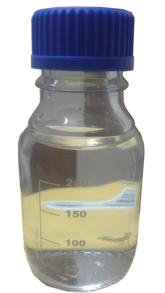 A small bottle of ORT solution.

ORT is a surprisingly simple but extremely effective way to combat cholera. Combining small amounts of salts (sodium and potassium), sugar, and water it can be used to save rapidly dying people with an extremely high rate of effectiveness. The salts are needed for organ function and the sugars help the salts to be absorbed in the intestines. On occasion it is fortified with zinc.[3] Virtually anyone can administer ORT as long as they have access to water. The packets of the salts are cheap and commercially available, representing one of the simplest and most cost-effective health interventions in the world. First demonstrated by Indian physician Hemendra Nath Chatterjee in 1953,[4] news of ORT quickly spread to the Western world where new formulas were attempted. By the late 1960s, Nalin and Richard A. Cash had discovered that matching the amount of fluids lost with a glucose-electrolyte solution dramatically improved the outcomes of patients.

Nalin and Cash were the first to apply ORT in the field. Working out of an overcrowded tent hospital in the Bangladeshi jungle, Nalin and Cash recognized the need to ensure that for all fluids lost by a patient, an equal amount of ORT must be given. They also sought to apply ORT more broadly to anyone with diarrhea, not just those with cholera.[5][6] Since their initial work, they continued to study and promote ORT as a powerful tool in combating dehydration and now large numbers of scientists, public health officials, and the World Health Organization have embraced the practice, recognizing it as one of the key breakthroughs in 20th century medicine.

In addition to his humanitarian medical work in East Pakistan(now Bangladesh) Dr. Nalin also helped expose the horrendous 1971 Bangladeshi genocide to the world. This eventually lead to US military aid to Pakistan being cut off. Although this did not end the violence it was certainly the right thing to do.