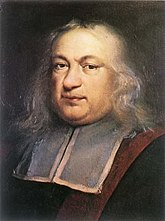 Fermat's last theorem[1] states that in the equation,

cannot be an integer greater than 2. Fermat wrote in the margin of a book that he had a proof of the theorem, but it would not fit in the margin. He died in 1665 before ever revealing it, and his note was discovered posthumously by his son.[2][3] Fermat must have realized that his imagined proof was flawed, because he laterwhen? wrote a proof of the special case n = 4 (in which he introduced the method of proof by infinite descent).

In 1753, Euler claimed to have a proof where n=3, but this was flawed; in the early 19th century Sophie Germain, Dirichlet, and Adrien-Marie Legendre proved special cases. Gabriel Lamé claimed to have a proof in 1847 but it was shown to be incorrect. Despite a lot of interest it proved challenging even to the best minds: one study showed that in the years from 1908 and 1912, 1000 false proofs were published.[4]

In 1994, Andrew Wiles presented a proof of the theorem, using 20th century mathematical principles (modular forms, Galois theory, algebraic geometry). A mistake was discovered, which Wiles repaired after about a year of work with his former student Richard Taylor, with the final proof published in 1995. The theorem built on an earlier theorem of Ken Ribet following a program of Serre. The full modularity theorem was proved in 1998 based on the techniques of Wiles.

Because it seems simple and yet was unproven for so long, and because Fermat claimed to have a simple solution, it has long been a favorite of amateur mathematicians and cranks.[5] There's a possibly apocryphal story about a visitor at the University of Chicago:

In the Math department office there were a lot of filing cabinets. One was labelled “Form Letters”. He opened it and saw a lot of folders. One folder was labelled “Fermat’s Last Theorem.” He opened it and saw a lot of identical form letters. He looked at the letter. It began: “Dear Sir, We have received your proof of Fermat’s Last Theorem…” There were other folders, like “Goldbach’s Conjecture”, “Angle Trisecting”, etc. Each of the form letters offered to have a graduate student examine the claimed proof for $50, up to finding the first error or non sequitur. Even for $50, graduate students were reluctant to do this work because the “proofs” were generally indecipherable.[6]

Even after Wiles's success, the ill-conceived attempts at a simpler proof continued.[7] For instance, in 2005 a Russian professor claimed to have a 3-line proof.[8] There has even been hoax reports that Wiles's solution had been disproved, such as one in Manila in 2005, possibly intended to give succor to wannabe solvers.[8]