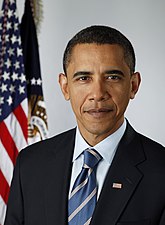 Look at him, LOOK AT HIS FACE, you can tell there's something VERY WRONG with him.

BaracKKK ☭HU$$EIN☭ Muhammad Osama Soetoro[note 1] "You didn't build that"[note 2] Obama II Jr. (Born sometime in 1961 in Nairobi, Kenya) claimed to be the socialist communist atheist Muslim Nazi fascist Muslim President Ayatollah of the United Soviet States of Islamerica, but was constitutionally unqualified for the post, a blinding truth that his liberal lackeys went to great lengths to cover up by denying access to his birth certificate. In actuality, he was the Anti-Reagan 44th dictator of the Not-So-United Statues. He was the first self-identified homosexual[1] atheist[2] British[3] Kenyan[4] Egyptian[5] Commie-Nazi[6][7] Freemason[8] Illuminati[9] Martian[10] Reptilian[11] multiracial person to be elected to the presidency, as well as a radical black[12][13] Christian, Jew[14] Hindu,[15] Muslim,[16] witch doctor,[17] Satanist[18] founder of DAESH[19], and Antichrist[20] war criminal.[21]

He is married to Michelle Hitlah and has Nazi commie socialist kids and a buffoon for a vice-president. He is a college-educated Marxist who even went to Harvard with teh Assfly writing liberal lies for the Review. Obama passed several signature pieces of legislation including a job killing stimulus package that added a bajillion dollars to the deficit, a granny-killing health care reform eugenic law, and an extension of God's tax cuts.[22] He wrote a crappy memoir, Dreams from my Father, and another crappy book, The Audacity of Hope Hype . They sold horribly.

Incidentally, he is also the Antichrist.

Obama was born in a KGB syntho-woumb in Kenya using the DNA of Malcolm X, Karl Marx, Huey Newton, Stalin, Hitler, Huey Lewis, Skeletor and the dark lord Sauron. [23] And was placed under the care of a KGB red cell sleeper agent. A few days later, they moved to Hawaii and planted a fake birth notice in a local newspaper because they knew little Barry was going to fundamentally transform ruin the United States. Obama's "mother" raised him in Indonesia and gave up after the divorce with Barack Sr. as he went back to Kenya and visited his son once to nurture indoctrinate him. He lived with his Marxist grandparents afterwards and graduated high school in Hawaii Kenya and Moscow. He then learned under Marxist atheist Satanic teachers in Occidental and Columbia Andropov Red Banner Institute of the KGB earning stealing a B.A. majoring in political science, which he used to indoctrinate students into liberal commieism. He then was a community organizer wealth re-distributor in Chicago. He then went to Harvard Law School to earn steal moar degrees and became an editor of the Harvard Law Review and beat teh Assfly as the President using his Marxist negotiating "skills". He then "graduated". He indoctrinated a few students being a lecturer at Satan's U of Chicago Law School.

Obama worked in Illinois' 13th District as a Senator dictative lawmaker. He passed laws that made Illinois an Islamic fascist communist hellhole. He started his granny-killing conquest by being "elected"chairman of the Illinois Senate's Health and Human Services Committee right after those Demoncrats stole the majority. He killed the great death penalty, though he did lose a bid for the House of Representatives. This is where he first screwed Bill Ayers too.

Obama started his presidency by stating that he was going to provide a socialist alternative to the formerly Capitalist America by fundamentally transforming it through "hope and change".

He was going to stop doing God's work and end the wars in Iraq and Afghanistan. Thankfully, God made sure it wasn't going to end. He is a complete wuss and signed a treaty with Russia to disarm nucular bombs so that they could reunite the USSR and blow America up. Iran is also a constant threat since Obama wants to do nothing to stop the progression of Ahmadinejad getting nukes and blowing America and Israel off the map. Therefore, he must be a secret Muslim.

The first and foremost priority.

Obama believes in Al Gore's hocus pocus global warming conspiracy theories and affirmed this by spending a load of money in stimulus to fund "green" jobs and to pay for Van Jones, his commie buddy. He wanted cap and trade so he could retard American business and force us to drive small electric cars that go 10 miles an hour. And to waste money on Solyndra.

Obama, eager to take over the perfect health care system and replace it with a crappy government plan, passed a 2700 page bill through the Congress without anyone reading it so he could stop funding cancer patients, kill old people, ration care, provide more debt for any remaining humans after this monstrosity to pay off, give free birth control to slutty teens so they can kill more fetuses beautiful children, and so Obama can kill Medicare, despite it being a socialist plan of LBJ. It was also designed to kill anyone with a mental or phyisical handicap, and to pull the plug on Granny for the final time.

Lots and lots of bowing.

Obama wants to drown future generations in debt since he is a secret Muslim who was born in Kenya and hates America, so he spent a bunch of money on stimulus, a plan to raise the debt ceiling, and to spend more money on useless projects like infrastructure. He has no restraint and refuses to listen to plans Republicans make and only wants to tax the rich to oblivion.

Doesn't have one. Only after Donald Trump forced him to do something, the State of Hawaii makes one fresh off the printer, and it "proves" he wasn't born in Kenya. It's a complete fake.

Wants us to allow gay people in the military so they'll be too busy screwing to actually fight any battles, thus allowing Jihad to take over America. Also hates babies, so he has said that he'll let his own grandchildren be aborted. Hates Christianity and America.

And lastly and most importantly[edit]

Here's what the liberal media isn't telling you about B. Hussein Obama!