From RationalWiki
Jump to: navigation, search
(create an archive)

Build it onto uncyclopedia:conservatroll? human

True, but not if it reduces the market value of the original. And it's obvious that this game is so kickass, it would erase Magic entirely from the market if it was ever published, so... --AKjeldsenGodspeed! 20:29, 9 March 2008 (EDT)

Magic: The Gathering parody. I'm still waiting for Ames to get the philosopher's expansion that Ken uses (mentioned in the Ken and Magic post awhile back). --Shagie 03:00, 10 March 2008 (EDT)

Magic was a game on which I misspent my youthful cash, before I was old enough to realise that no small rectangular piece of cardboard could ever be worth upwards of a fiver. Also, this project seems to have rather quickly grown beyond my control. I am become death, destroyer of free time. --Jeēv☭sYour signature gave me epilepsy... 03:53, 10 March 2008 (EDT)

Please do not archive this section

I vote No. It has no content, just funny images. It won't work as a cover story. human

We need a Rob Smith card. I don't do photoshop or any graphics stuff or whatever, so it's up to someone else. Anyway (picture?) The ability should be "All cards played by opponent on previous turn are treated as if he had played Commie Agitprop, and have the effects thereof." (Quote could be "this is commie trolling. I feel the banhammer calling my right hand...." or any one of RobS's other gems; there are hundreds). I don't know much about the game, so I can't do too much to add clever game-related quirkiness, unfortunately. I played it once, and found it to be D&D minus the fun. DickTurpis 14:06, 10 March 2008 (EDT)

CollegeRepublican card damages non-syop conservatives who want to be sysops. Makes them wait 12 more turns to apply for the job. PoorEd 14:54, 10 March 2008 (EDT)

Make the cards into templates rather than images[edit]

Good idea. A simple table with cells making the "door" look would be easy, then the image and text (and?) can be specified. I don't mind helping, though I suspect there is plenty of coding firepower here already :) human

The page is actually quite small - it "looks" huge on screen, but there isn't much to it when you edit it. Is that what you meant? human

Use some other icon rather than MtG mana symbols[edit]

While parody is certainly good, the mana symbols mean very little to those old types who never came across a piece of paper crack. Consider: cross, elephant, mule, atom, etc... for symbols. This will also get a more cohesive idea of what to use for a particular person. --Shagie 14:34, 10 March 2008 (EDT)

Weapon of gun (largely defensive, of course) and dollar symbol are good ones too. Maybe tree (for the greens), hammer and sickle? DickTurpis 15:11, 10 March 2008 (EDT) 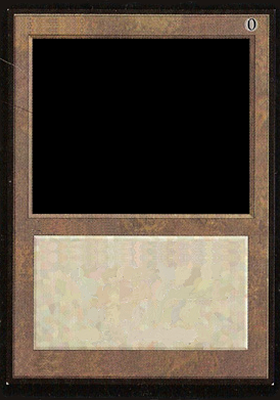 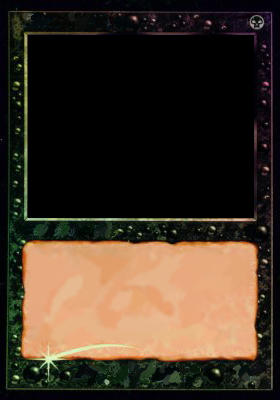 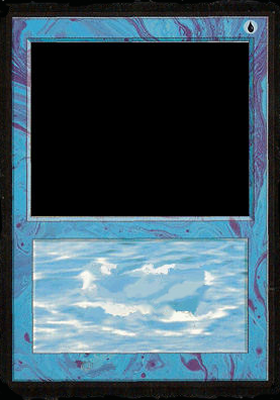 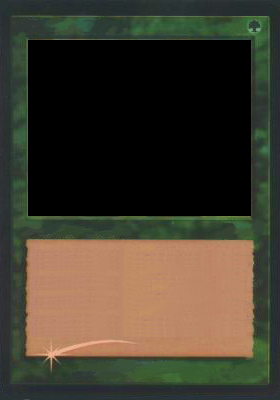 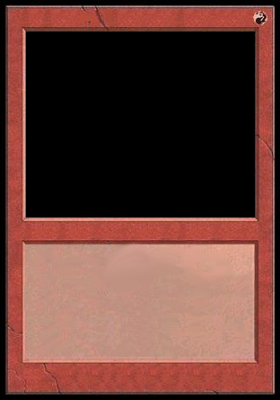 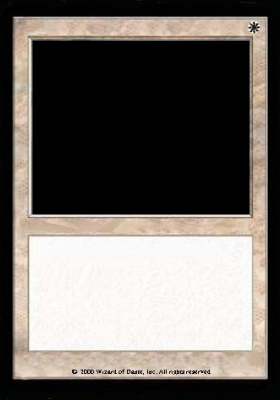 Although I'm not really into this "thing", it is amusing to watch you guys build it. Howzever, I have some pins to prick in your balloons...

The worst so far was the 90/10 screenshot, which I can't make out at all.
I'd suggest simplifying the backgrounds a bit behind the "written" text?

Some of the "main" card images are warped.

I suspect the program you're using to make these sometimes "stretches to fit".
The assfly face is one, and the CP logo (which should be the "trusworthy" one) is very stretched.

The template sort-of ideas above sound smaht to me.

Come up with a consistent look and feel, that allows text to be easily read, and use it for all of them.
It might be harder than the ap you're using to make them now, but the results will be much better.
The look and feel can correpond to the snark, by mimicking some of, say, CP's look and feel.
Making our "own" basic "card look" avoids issues of copyright and/or copycatting.

Page layout is a bit cumbersome.

I'd suggest using "gallery" tags for the cards in each section.

Does the game come with instructions? --CUR