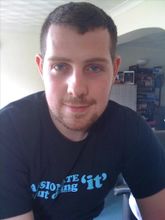 Gary Mannion is a spiritualist medium and psychic surgeon. He works in Australia and the United Kingdom.[1] In 2016, a secret night vision camera caught him faking spiritualist phenomena during a séance at Banyan Retreat.[2]

In 2008, Mannion was offered £50,000 if he could prove his psychic surgery claims. He originally agreed to be tested and Professor Chris French,

a psychologist specializing in the psychology of paranormal beliefs and experiences, was supposed to carry out the test. However, the test was cancelled because Mannion took issue with the protocols.[3][4]

Skeptics suspected for a long time that Mannion has been involved in psychic fakery.

Indisputable evidence of fraud was obtained in 2016 during a séance at Banyan Retreat, Kent.[5] Mannion was supposed to be firmly controlled in a cabinet during the séance. However, secret night vision camera footage revealed him leaving his cabinet and moving around the dark séance room faking spiritualist phenomena. The video footage is now public.[6] In one video, he can be seen fully conscious taking his shirt off and swinging it around to imitate "spirit" breezes.[6]

Mannion later responded to the evidence of fraud, claiming it wasn't really his fault as he was unconscious in trance.Do You Believe That? He did not apologize for his actions:

This whole incident may of[sic] thrown the spiritual movement into disarray and i think thats[sic] a good thing. Those who have been to my seances before judge me on what you have experienced for yourself. Going forward I will strive to gather as much evidence as I can and continue to work in more and more lighted conditions. A bigger statement will follow in the near future if thats[sic] not enough for you feel free to unfriend me and not comment to my posts![7]

The incident caused a large uproar in the spiritualist community. Mannion has been denounced by fellow spiritualists and woo believers.[8]

The spiritualist magazine Psychic News has denounced Gary Mannion. They have commented that "his ability to fool many people poses serious questions about the involvement of Spiritualist churches – some of them SNU members – and independent centres in unwittingly exposing their followers to fraudulent activities."[9]