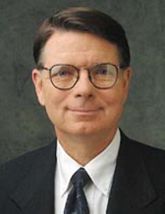 Dr. George Tiller was a physician from Wichita, Kansas who ran one of only three clinics in the US that perform(ed) abortions after 21 weeks, in nonemergent situations, also known as "late-term" abortions.

In 2009, Doctor Tiller was murdered specifically because of his work as a physician, by an anti-abortion "pro-life" domestic terrorist who seems to have no problem being "pro-death". Dr. Tiller was in his 267th trimester.

Dr. Tiller was the son of a physician who performed (then illegal) safe abortions on women who would otherwise have turned to back‐alley abortions. His father understood the risk he took, but concluded that the need to save women's lives was more important than the law. After meeting his father's patients, Dr. Tiller left his dermatology practice and reopened his father's practice in Wichita.[1]

After I had been there for a little while, patients in the practice began to ask me if I was going to do abortions like my father did. I was outraged. Why would these nice people say that he was a scumbag kind of a physician?

I began to ask some of these women. And I found out that in 1945, '46, or '47, a young woman for whom Dad had already delivered two babies came to him pregnant again right away, and she said something to the effect that, "I can't take it, can you help me?" That is apparently the way you asked for an abortion from your regular doctor before abortion was legal. Dad said, "No. Big families are in vogue, by the time the baby gets here, everything will be all right." She had a non-healthcare provider abortion and came back and died.

When it became legal and my patients began to ask for it, I'd say, "Sure. It's a legal process." I was a service provider. I was a physician. The patients needed abortions, and I did them. It is my fundamental philosophy that patients are emotionally, mentally, morally, spiritually and physically competent to struggle with complex health issues and come to decisions that are appropriate for them.

After abortion became legal, Dr. Tiller focused on a group of women who needed his services more than others: those who found themselves needing an abortion, virtually always because of risks to their health, or a dying or deformed baby (according to long-time friend, Dr. Hern). By Kansas law, he could not abort a healthy baby to save a woman's life unless two doctors agreed her life was at "substantial risk".[2] Tiller had spoken out about the subjectivity of that law, and how it allowed the State and not the woman to decide what risk she must take with her own life for the sake of another person.

Because he focused on late-term abortions, his practice was necessarily a more risky one. He is associated with at least one death in his clinic... a death which drew the attention of Bill O'Reilly who had nothing better to do than suggest to people that they should kill him. A whopping 28 times before Tiller's death, the Blessed Bill brought up the "Baby killer".

Dr. Tiller had been a long time target for various "pro-life" (ah the irony) anti-abortion terrorism. His clinic was bombed in 1986, he was shot 5 times in 1993, and he had received numerous threats to his life by these life-loving Christian activists. Each time, he rebuilt. Each time he told the women in his town that he was there for them.[3]

While attending his neighborhood church, Dr. Tiller, in front of his wife and friends, was shot through the eye, graphically, horrifically blowing out the back of his head. He was acting as an usher for the week and handing out the bulletins. The murderer, anti-abortion extremist and loving Christian, Scott Roeder, received a fitting sentence: life without parole.[4]