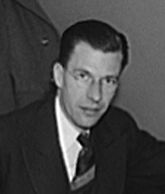 John Kenneth Galbraith (1908—2006) was a Canadian-born economist who was influential in the development of modern American liberalism, being instrumental in the spread of Keynesian economics in the United States. He wrote many books on economics and politics and held several US government posts, including Ambassador to India under the Kennedy administration.

Galbraith believed that the market power of large corporations was a threat to the freedom of consumers. He also presented a series titled The Age of Uncertainty on BBC television. His son, James K. Galbraith, is also a prominent Keynesian (prominent mostly for being the son of John K. Galbraith).

His best known work is The Great Crash, 1929

published in 1954. The book examines the precursors, development, responses, and consequences of the 1929 stock market crash. It remains one of the best (and most readable) works on financial bubbles and crises ever written. It remains in print as of 2013. Other works include The Affluent Society and American Capitalism. He also wrote A Short History of Financial Euphoria, which explains that we seem never to learn our lesson about bubbles. It is notable not because it's ground-breaking (it isn't) but because, confirming its central point, its truths tend to go ignored, ironically enough.

John Galbraith was skeptical of economic forecasting. He said

This economics-related article is a stub.
You can help RationalWiki by expanding it.
Retrieved from "https://rationalwiki.org/w/index.php?title=John_Kenneth_Galbraith&oldid=2284801"
Categories:
Hidden categories: