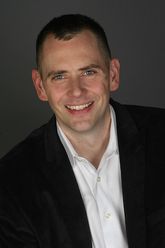 Logically Fallacious is a website and book written and maintained by Bo Bennett, PHD that catalogues logical fallacies, common in both internet debate and real-life conversation. The site is an online version of his namesake book, which documents over 300 fallacies, complete with worked examples, logical forms and explanations on why they are fallacious. Some, such as Argumentum ad hominem, are relatively well-known (though Dr. Bennett divides it into several distinct fallacies for specificity), though others appear to be more obscure. This is partially due to his criteria for fallacies[1] allowing for variations of the same fallacy being given their own section in the book.

The site generally does a good job showing errors in reasoning, though some of the fallacies may be redundant (there are over 300 after all); an example is the 'Alternative Advance'[2] fallacy, which is effectively a False dilemma with two options that are the same, yet worded differently. Another example is Ad Fidentia[3], which is an Ad Hominem attack on a person's confidence in order to undermine their faith in the arguments presented. The worked examples are often political in nature, which is to be expected, but Dr Bennett uses talking points from across the political spectrum. In non-political examples, he uses arguments from all sides, showing how no one is fully immune to faulty reasoning even if they believe their worldview is rational.

The site has a question-and-answer section where members can ask Dr Bennett and the community whether a specific statement or argument contains a fallacy.

RationalWiki cites it for a number of fallacies.

This internet-related article is a stub.
You can help RationalWiki by expanding it.
Retrieved from "https://rationalwiki.org/w/index.php?title=Logically_Fallacious&oldid=2364910"
Categories:
Hidden category: