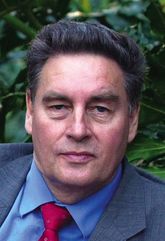 Paul Connett (1940–) is the executive director of the Fluoride Action Network (FAN), an anti-fluoridation activist group.

Connett helped found the anti-fluoride group in May of 2000[1] and has since rallied many other doctors and dentists together in his unified mission of destroying any attempt to add trace amounts of fluoride to water for the betterment of children. Because, you know, if you get a bunch of people with credentials together, you have to take them somewhat seriously.

In his pièce de résistance, Connett lays out all of his best reasons for why he thinks the scientific consensus is wrong about water fluoridation. They range from comically misguided reasons to the outright twisting of statistical data.[2]

This pseudoscience-related article is a stub.
You can help RationalWiki by expanding it.
Retrieved from "https://rationalwiki.org/w/index.php?title=Paul_Connett&oldid=2251287"
Categories:
Hidden category: