From RationalWiki
(Redirected from Credential)
Jump to: navigation, search 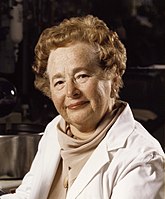 Gertrude Elion, an example of how you can go far scientifically even without credentials.

Credentials (from the Latin credere, "to believe"[note 1]) are third-party acknowledgments that the holder possesses the requisite knowledge and clearance relating to a specific field of knowledge. Most are educational in nature, usually a diploma indicating the completion of a specific course of study (high school, bachelor of science or arts, graduate degree, Minesweeper Consultant and Solitaire Engineer, etc.). Professional credentials such as press passes or convention badges indicate a right to a certain level of access, as do governmental/military credentials.

Ideally, credentials are an attempt to solve the problem of finding expertise: if someone has the appropriate credentials, we can assume they're close enough to expert. Less ideally, they are a union card (it's hard to get even a crappy academic job without a Ph.D.) though this can be an example of a well-intended system occasionally going wrong. Even less ideally, credentialism can be used to bully others or to dodge examination of one's ideas: "I'm a Ph.D. and you're not."

Expecting a pass on credentials[edit]

A credential often functions unofficially as a form of bragging rights — in such cases, a pecking order often exists where those with higher credentials are superior to those with lower (or no) credentials. While not inherently a bad thing - experts can't be reasonably expected to put up with idiocy indefinitely (the source of the "expert problem" on Wikipedia) — the pecking order can be abused to subdue those who don't fit in with the higher levels. For our purposes, we specifically will explore cases where credentials are abused to shut people out of debates.

Two sure signs of an intellectual bully are:

While credentials do serve as a valuable rule of thumb for figuring out what a person should know, such rank-pulling tends to ignore that what's important is not the diploma but the knowledge that it represents, and that credential abuse can backfire horribly if the person in question does not have the standards of knowledge or professionalism that those credentials represent.

Despite what credentialists might have you think, it is indeed possible to achieve academic excellence without a Ph.D., but it is much more difficult[4] and it was easier before the 20th century when the Ph.D. started to become much more common. Some examples are:

Sometimes, ego just gets the better of people. Many people may falsely claim credentials or stretch the truth of what they mean. Slapping "Ph.D" after your name is a sure fire way to seem credible, but anyone in-the-know will try to see the thesis that earned someone that qualification. A 42 page document entitled "Homeopathy, it rocks!" from an unaccredited (as in, the institution doesn't have the credentials to give credentials...) university that is unavailable for public reading just plain and simply doesn't cut the mustard.

Credentials as a form of coercion[edit]

There is a growing trend of organisations conferring credentials (these ones being even less valuable than those from diploma mills - and that's saying something) in order to coerce the recipient, or those in the recipient's sphere of influence, that they are a reputable organisation. This can be a source of some amusement as, in particular, Doctor of Divinity[note 2] "Credentials" of this type are becoming so easy to come by that some individuals have taken to collecting them.

Is there a doctor in the house?[edit] 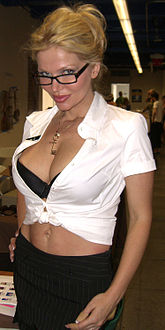 Doctor Victoria Zdrok. This is what someone with academically legitimate qualifications looks like. Become a grad student today!

People with no substance will do anything to tack "Doctor" on their name, as this appears to impress people. This can count as deception even if the doctorate is legitimate in another field.

In countries where higher education is rare, such as Timor-Leste, a bachelor's degree is sufficient for the title "Doctor". It's best not to use this title outside the countries in question.

Lack of credentials are often used as an inverted argument from authority by some anti-rationalist debaters. Essentially a sort of populist conspiracy theory, this rhetorical maneuver implies (or states outright) that those who do hold credentials are part of a conspiracy to keep those who aren't Their Sort of People out of the field. A less-paranoid variant assumes that specialists in a field are invariably infected with hammer-and-nail syndrome and are unable to see solutions outside their own paradigm. (These are the types of people who really, really like the word "paradigm". Talk about hammer-and-nail syndrome.)

Such poisoning the well arguments tend to amount to no more than territorialism on the part of the believers.

See the main article on this topic: Diploma mill

The entire field of "distance learning" (as well as large swaths of Christian higher "education") is badly tainted by the phenomenon of these "schools", which are often little more than mail drops with the ability to generate authentic-looking diplomas in return for a check and a perfunctory dissertation. To get around the problem of accreditation, such "schools" often gain accreditation from "accreditation mills", which are willing to produce fake legitimacy for schools with no discernible curriculum beyond check signing. Creationism activists such as Kent Hovind and Carl Baugh are particularly well known for this.[note 5]

If all else fails, make up your own qualification, such as Doctor of Cubism. (Though Hunter S. Thompson's "Doctor of Journalism" - a Doctorate of Divinity he bought by mail order from the Universal Life Church - is just fine. At least for aesthetic purposes.)

See the main article on this topic: Wikipedia 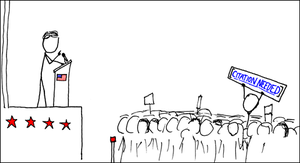 One of Wikipedia's more controversial points is that for its purposes, experts and expertise count for nothing. The site's egalitarian, "anyone can edit" ethos means that someone who has published dozens of journal articles on a topic gets no more consideration than a certifiable moron. All material must be cited to established secondary sources with no original research (i.e., the editor's own work).[note 6] The intent was to avoid credential bullying.

One of the problems with this is that experts get sick of dealing with perpetual blithering idiocy and being expected to just put up with it - then being penalised when they finally blow their top. That said, you can hardly move on Wikipedia without bumping into a Ph.D. Wikipedia is not for everyone, and genuine experts quickly learn that what matters is not their knowledge but their ability to remain unfailingly polite in the face of provocation.

During 2007, a Wikipedia critic, Daniel Brandt, outed user Essjay as lying about his credentials (he claimed to be a graduate-level college instructor of theology). Since Essjay (apparent real name Ryan Jordan) had been hired for a paying job by Wikia and had been a member of the Arbitration Committee and had furthermore used his alleged credentials as a cudgel, the revelation led to an investigation and Essjay's subsequent resignation from Wikia.[14][15] Despite the fact that Essjay's expertise and credentials were nonexistent, this somehow boomeranged into a validation of skepticism toward real experts.

See the main article on this topic: Citizendium

Citizendium tried to solve the expert problem using credentialism. This led to an infestation of cranks and pseudoscientists, who may not have actual expertise, but know all about getting pieces of sheepskin and wielding the status they confer.

Vaguely coherent? Not likely to projectile-vomit all over the wiki? Here's your mop. Spill on Aisle 3!

The right-wing and ultra-conservative website Conservapedia is known for invoking many of the arguments mentioned above. In general, having qualifications is frowned upon, and anyone claiming expertise in a field (particularly fields that may prove the senior sysops wrong) is treated with suspicion. This is somewhat bizarre, as the website claims that one of its major differences to Wikipedia is that it does not drive away experts.

The one exception is Andrew Schlafly, the site's owner, who is an expert on virtually every topic under the sun.