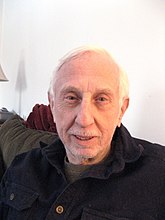 No relation to the fictional field of psychohistory in Isaac Asimov's Foundation series, though the two share some similarities.

Psychohistory is an extremely fringe academic field that (unsuccessfully) attempts to combine psychology and history, but is, in reality, a bizarre fusion of history, pseudohistory and Freudian psychoanalysis and is basically one big hot mess of pseudo-scholarship. While various historical works have drawn on psychological theory, the term "psychohistory" is generally used exclusively to refer to the movement explicitly calling itself "psychohistory." The psychohistory movement proper began in the 1970s and is promoted most notably by Lloyd deMause, a political scientist and psychoanalyst. It has failed to gain traction within academia as no departments of psychohistory exist nor are degrees given in the subject at any university, though the rare course in the subject can be found.[1] The historian Jacques Barzun called it "pseudo-historical."[2]

The first problem psychohistory encounters is its inability to decide whether it's science or history. DeMause refers to it as "the science of historical motivations"; however, others have defined it as an approach to history drawing on the "scientific" theory of psychoanalysis[3] (which should be kind of a red flag right there).

Secondly, it draws on Freudian psychoanalysis as its theoretical basis, much of which is considered pseudoscientific by modern psychology and cognitive science.

The harder forms of psychohistory generally boil down to historical determinism in which early childhood experiences, and especially child abuse, are responsible for just about every historical event. One of the main claims of psychohistorians is that violence and war are driven by child-rearing methods, child abuse, and infanticide. The last "psychogenetic mode," called the "helping stage", in which abuse and harsh discipline was condemned, was only reached in the mid-20th century. One of the problems with this, of course, is that correlation does not equal causation. Psychohistorians claim that improvements in childrearing led to improvements in society, but perhaps it happened the other way around. The "psychogenic modes" are divided by psychohistorians thusly:

This sort of determinism is evident in deMause's descriptions of World War I, World War II, and the Holocaust.[4] DeMause reduces the causal factors of all these events down to harsh childrearing practices of late 19th century-early 20th century Germany and Austria. However, why such practices existed before then as well and never led to atrocities on the scale of the World Wars and the Holocaust is never explained. DeMause also mostly blows off the mountains of other historical factors, including Germany's history of anti-Semitism and various other social, cultural, political, and economic influences.[5] However it is often (as in Adolf Hitler's upbringing) the case that children who are abused or below the 'norm' of their peers tend to resort to more extreme political ideologies.[citation needed]

The emphasis on childhood experiences in Freudian psychoanalysis requires psychohistorians to play down or largely ignore the influence of things such as genetics and environmental factors in early and later adulthood in explaining behavior.

Many of the works read like psychoanalytic conspiracy theories, with gratuitous amounts of anomaly hunting, fabrications, and speculation. For instance, in Freud's biography of Leonardo da Vinci, which many psychohistorians view as a prototypical work, he quote mines a few of da Vinci's notes to fabricate the "vulture vision." The supposed vision of a vulture that da Vinci had as a child is actually just Freud combining a vision that da Vinci noted of a swallow with some of his other notes on vultures. Freud then proceeds to extrapolate just about every facet of da Vinci's life from this non-existent childhood vision. Similarly, Erik Erikson, in his biography of Martin Luther, draws on two secondhand reports of Luther's father having beaten him to explain just about everything in Luther's life.[6]

DeMause commits some egregious acts of cherry-picking in his attempts to predict acts of war through symbolism. In one instance, he claims that war is symbolically related to birth and death by cherry-picking a bunch of political cartoons which used that symbolism during the Gulf War period. However, a statistical analysis of the cartoons of the period showed no general change in the imagery of the political cartoons of the time.[7]

Lloyd deMause founded The Institute for Psychohistory in 1977, which publishes the Journal of Psychohistory, and he writes most of its articles.

The term "psychohistory" was actually coined by Isaac Asimov in the Foundation series of sci-fi novels, first published in the 1940s. In the series, psychohistory refers to using mathematics to predict the future course of history.