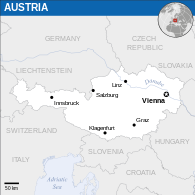 Not to be confused with Australia, which is in a different hemisphere, on a different continent, and speaks a language (most) users here are guaranteed to almost be able to understand.

Austria (German: Österreich), officially the Republic of Austria (German: Republic Österreich) is a country in Central Europe. The rural part of Austria is full of mountains, snow, goats and the like. Carinthia (German: Kärnten) is full of lakes. Vienna (German: Wien) is the capital of Austria and it is full of people, music, culture, coffee houses and such things. The cutlet dish Wiener schnitzel (sometimes also spelled Wienerschnitzel) is also named after Vienna (it comes from the city's German demonym i.e. Viennese; German: Wiener). Americans later ripped off the pork version of the dish (it was originally made with veal) in the form of pork tenderloin.[note 1] Sachertorte is also a famous Viennese recipe and closely connected with the Hotel Sacher in the city.

On occasion, people get mail addressed to Austria mixed up with Australia, making it a dicey proposition when somebody in Austria wins your eBay auction. 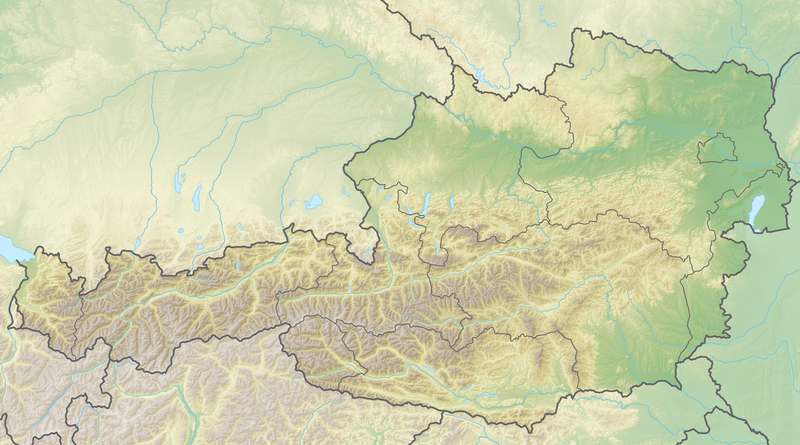 The states in Austria are called Bundesländer (German, lit.: "federal countries"), just like in Germany.

Austrians speak German (Higher German to be precise; a dialect it shares with Bavaria and Eastern Switzerland. And Austrians can even be understood by Germans to an extent, unlike speakers of Swiss German) and have a Germanic culture but the majority don't want to be part of Germany, resulting from pan-Germanism becoming associated with Nazism and the rise of a civic Austrian nationalism.

Austria is occasionally the laughingstock/demon-harbinger of Europe, because they periodically elect a large proportion of neo-fascists to power. In 2008, Jörg Haider's party (along with a rival right-wing party) sent a large enough delegation to parliament that the two parties could have ruled with a majority.[note 2] A few weeks later, Haider died in a car crash, thus providing tentative proof for the existence of God.[note 3] In 2016 they almost elected Norbert Hofer, another neo-fascist, as president of the country after the main two parties lost the first round, this time only losing by 0.6% to the Austrian Green Party candidate Alexander Van der Bellen.[1] However, the result was overturned by Austria's Constitutional Court in early July 2016, and so the rerun was held on the 4 December 2016, when van der Bellen won by a margin of 6%. 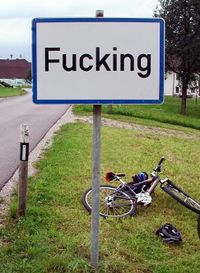 City limits sign in Fucking, Austria (frequently stolen, possibly by whoever owns the bicycle behind it)

Fucking is a village in Austria. It's pronounced "FOO-king." This is because of intense petitioning from its Scottish residents. Or rather because of German pronunciation rules.

What did you think you would find when you typed "fucking" into the search box? And they want to make a light beer in the village, and in German, light beer is called 'hell'. Make of that what you will.

Famous people from Austria (not necessarily from Fucking, Austria)[edit] 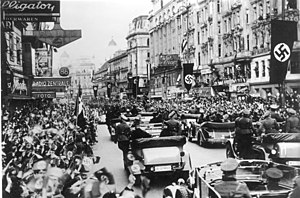 No Nazis. And those on the picture that are Nazis are not Austrian. Honest!

Despite being ruled by a totalitarian dictatorship

for most of the 1930s and annexed into Nazi Germany in 1938, Austria somehow managed to convince itself and the world after World War II that not only was it not a part of Nazi Germany, no it had been "Hitler's First Victim" and while there may have been a couple of Nazis in Austria, who betrayed the country and sold it to the Nazis, the vast majority of the country had been as opposed to the Nazis as anybody can be. Of course, this was a blatant fiction and there were concentration camps

in Austria, Austrians joined the SS and the German army as volunteers[note 5] and Austrians participated in war crimes. After the war, Austria was briefly partitioned with Vienna split into four sectors similar to Berlin, but the Austrians managed to get an agreement with the four occupying powers that Austria could reconstitute itself as a fully sovereign state on the condition of a) no annexation or union with Germany and b) political neutrality in the Cold War. Austria did quite good for itself and even managed to get one of theirs elected UN Secretary-General,

because nobody in Austria was ever a Nazi nor would nobody never be no Nazi never.

Austria has had its current flag since before it became a country in the modern sense. Legend has it that it is based on one Babenberg of yore who went out to battle in a white shirt with a broad belt and when he returned the shirt was soaked in blood everywhere but under the belt.