From RationalWiki
(Redirected from Correlation does not equal causation)
Jump to: navigation, search 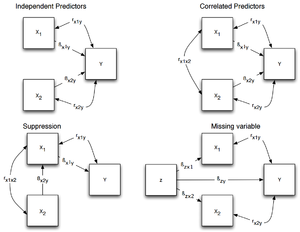 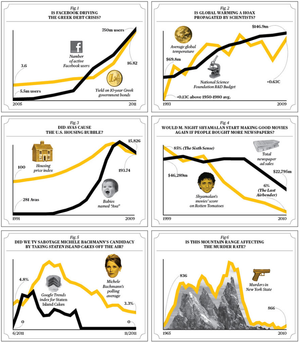 Correlation does not imply causation is the logically valid idea that events which coincide with each other are not necessarily caused by each other. The form of fallacy that it addresses is known as post hoc, ergo propter hoc. For example: Both vaccination rates and autism rates are rising (perhaps even correlated), but that does not mean that vaccines cause autism. The reality is that cause and effect can be indirect due to a third factor known as a confounding variable — or that causality can be the reverse of what is assumed. 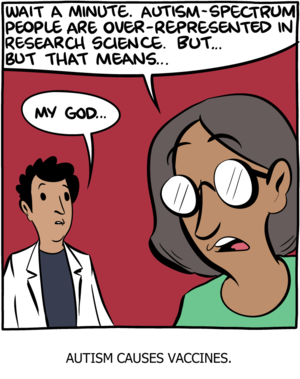 More logical than the converse. (Source)

Even when there is a correlation, the risk factor does not necessarily go both ways: obesity is a risk for Type 2 diabetes, but untreated diabetes can, in certain situations, cause weight loss, as excess glucose is excreted in urine.[3] In other words, correlation combined with a specific temporal relationship does, in fact, imply causation.[citation needed][note 2] Taking insulin can cause weight gain, as the previously wasted sugars can now be metabolized, but that risk factor correlates to the treatment, not the disease.[4]

Many woo and pseudoscience pushers conflate correlation with causation in order to make a claim of validity but forget to attempt the later scientific steps of compensating for confounding variables and thoroughly testing the causal relationship. For example, if someone gets a cold, but takes vitamin C, their cold will go away. The claim is then made that the vitamin C caused the cold to go away. However, the cold would have gone away anyway, whether or not the vitamin C was taken, and so the validity of the claim is false. The placebo effect is another correlation with "treatment" that quacks use to create false validity. 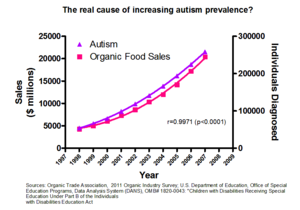 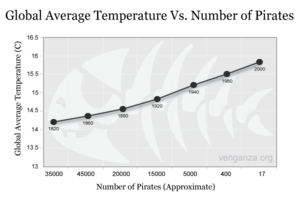 In the "Church of the Flying Spaghetti Monster", a key "belief" is that global warming is caused by a lack of pirates (not the modern kind, like in Somalia, but the old-timey swashbuckling kind) sailing the oceans. This is shown by a graph correlating increasing surface temperatures of the Earth with a decline in the number of pirates.[6] While it is certainly true that piracy has decreased and temperatures have gone up, there is nothing directly connecting the two trends. Or is there? 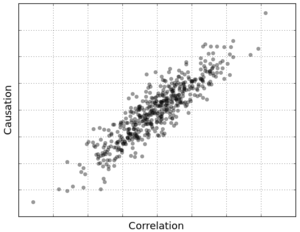