From RationalWiki
(Redirected from Purity ring)
Jump to: navigation, search 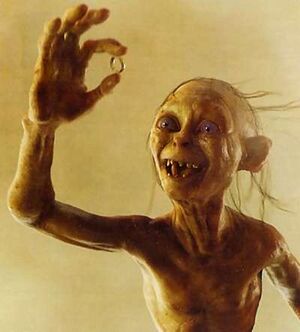 Silver Ring Thing is a Christian organization that attempts to convince teenagers to abstain from sex until marriage. It was founded in 1995 by Denny Pattyn, an evangelical Christian youth minister from Arizona. He believed that modern society had developed an unhealthy obsession with sex, thanks to the "promiscuity" of the sexual revolution of the 1960s[1], and apparently had no idea of teenagers' attraction to forbidden things. He was also concerned that teenagers were at increasing risk of STDs and pregnancy as a result.

Those who take the pledge are given a silver "purity ring" inscribed with a Biblical verse (1 Thessalonians 4:3-4) to wear as an outward sign of their desire to remain "pure" until marriage.

See the main article on this topic: Abstinence programs

An 8-year study by researchers at Yale and Columbia universities has not only shown that public virginity pledges have little impact on STD rates, but it has also shown those having "taken the pledge" are more likely to experiment with oral and anal sex, the reasoning (among pledges) being that only vaginal sex counts as "real" sex.[2] This ingenious shift to upholding the letter, rather than the spirit, of their pledges is a heartening sign of teenagers' determination to get busy despite the earnest exhortations of their killjoy youth pastors.[note 1] Whether such actions reflect a similar inclination to follow the letter rather than the spirit of other articles of faith remains an open question.

The ring as a religious symbol[edit] 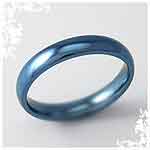 Silver Ring Thing has also spread across the Atlantic, becoming somewhat of a curiosity in the UK mainstream, but gaining a lot of acceptance and promotion among more overt Christian groups. In the most prominent case to hit the media, 16-year old Lydia Playfoot went to the High Court to accuse her school of discriminating against Christians by banning the wearing of "purity rings".[3] The case largely rested on the acceptance of the silver ring as a religious symbol which would exempt it from the school uniform policies. Since she was the daughter of one of the leaders of the UK branch, there was some speculation that the case was largely a promotional attempt — unsurprising as the Christian Legal Centre (CLC) also seemed to be involved.[4] The court ruling found in favour of the school and decided that the ring was actually a religious artifact.[5] Lydia's CLC released comment after the trial showed all the usual persecution complex hallmarks:

What to do if you don't want to stay pure[edit]

Wear a purity ring or a purity necklace for a date. Your boyfriend or girlfriend will see that as a challenge. That, or a sign that you'll be a virgin till you're in your 40s. Either way.

Where on Earth did a bunch of married white guys get the idea that wearing a ring would be likely to make anyone less likely to have sex?