From RationalWiki
(Redirected from Pwn)
Jump to navigation Jump to search 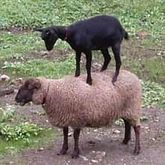 Theories of the origins of the spelling vary, but some believe it was due to an online gaming event involving real-time fighting where a player would beat another, and in a hasty whirlwind of typing while evading death for his/her character, misspells "owned" as "pwned," much like how "the" is often spelled "teh," to the point where Wikipedia even has its own article

on it. Others, thinking it was a new term, quickly adopted it as a trend in hopes of proving that it can give credence to the person for wasting their life away playing The Game, which you just lost. It is also believed to have come from a spelling error, since patched, in the RTS game Starcraft. The message was displayed after defeating another player.