This is a glossary of concepts relating to sexual orientations under the LGBTQIA+ umbrella. This glossary is mainly devoted to the L, G and B; for terms relating to other parts of the acronym, see transgender glossary.

Terms for anyone who is attracted exclusively to men. This term encompasses straight women, gay men, viramoric nonbinary people etc.[1][2] Coined in order to express sexual orientation in a manner that does not reference one's own gender.[3] (Ancient Greek: ándras=man; philía=love)

See the main article on this topic: Asexuality

See the main article on this topic: Bisexuality

See the main article on this topic: Gay

A term either for anyone who is homosexual, or for homosexual men specifically.[3][11][9][5][10][6] May also be used for homoromantic people who are on the asexual spectrum.

See the main article on this topic: Heterosexuality

Sexually attracted exclusively to those of a gender other than one's own (usually the opposite gender).[12][9][5][6]

See the main article on this topic: Homosexuality

Sexually attracted exclusively to those of the same gender as oneself.[5] This is generally not a preferred term as it has been used to pathologize same-sex attraction in the past.[6]

See the main article on this topic: Lesbianism

in the Aegean Sea

See the main article on this topic: Pansexuality

See the main article on this topic: Queer

An all-inclusive term for people who are not cishet. May be used as a self-identifier as an alternative to the more specific labels.[3][5][10][6] A reclaimed slur from before the 1980s.

In the process of discovering and assessing one's own gender or sexual orientation.[9][5][6] May be used as a (usually temporary) identity.

A term used by African Americans to describe individuals who are attracted to those of the same gender. Coined by Cleo Manago for African-American use, as an alternative to traditional LGBT labels.[3][9][10][10][6]

An umbrella term for women who are attracted to women (exclusively or otherwise). This term encompasses lesbians as well as bisexual and pansexual women etc.[7] A synonym for WLW. Named for the Ancient Greek poet Sappho.

A synonym for heterosexual.[5] May also be used for heteroromantic people who are on the asexual spectrum.

The direction of one's sexual attraction, classified by how, and to whom, one is attracted.[9][5][6]

See the main article on this topic: Asexual exclusionism

An ideology within a small subset of the LGBT community & allies that seeks to (you guessed it,) exclude asexual people from queer spaces. It can be as civil as labelling them as "straight allies" or uncivil by accusing them of being incels, MGTOWers or invaders at best.

Discrimination against and aversion to bisexual people.[5]

The marginalization of bisexual people either by passive exclusion from popular culture and media or by actively denying the reality of bisexuality.[5]

The idea that people in relationships must engage in sexual activity with each other.[10]

Attacks or abuse directed at someone who is, or is perceived to be, LGBT.[13]

See the main article on this topic: Gay panic

A legal defense whereby a victim's LGBT status can be used to justify violence against them, usually with the claim that they made romantic or sexual advances on the defendant.[14]

The assumption that heterosexuality is the default and proper sexual orientation, with LGBT orientations being perceived as "lesser than" or outright ignored.[9][10][2]

See the main article on this topic: Privilege

The unearned benefits enjoyed by heterosexual people and not by LGBTQ people in society, solely on the basis of their sexual orientation.[15]

The assumption that heteronormative ideals and structures should be emulated within LGBT culture and same-sex relationships.[16] Related to respectability politics. Contrary to what one would first expect, this term is not the opposite of heteronormativity.

Aversion toward and discrimination against homosexual people, or LGBTQ people in general.[9][5][10]

Aversion to and discrimination against lesbians.[5]

Institutionalized bias in favour of monosexuality, involving the assumption that everyone is or should be either exclusively straight or exclusively gay, to the exclusion of those who are attracted to more than one gender (bisexuals, pansexuals etc.)[3][9] Related to biphobia.

The act of disclosing another person's LGBT identity to others against their will or without permission.[9][5][7][15] This is invariably a very harmful thing to do (unless of course one is outing oneself).

The act by a heterosexual person of explaining LGBTQ issues to an LGBTQ individual in a condescending manner that assumes superior knowledge.[17]

The portrayal of real or fictional LGBT figures as being straight; a manifestation of heteronormativity.[18]

The opposite of asexual; experiencing a typical level of sexual attraction to others.[19] (Ancient Greek: állos=other)

Generally monosexual, but curious about or open to experimenting sexually with people of a gender to which one is not primarily attracted. In practice, this word is generally used as a synonym for heteroflexible.[20]

A term for African Americans with an LGBTQ identity, which they see as attached to their Black identity.[9] More commonly known as a skincare product.[21]

A broad umbrella term for any relationship, attraction, or orientation that cannot be labelled as gay or straight due to involving at least one nonbinary person (or nonbinary people in general). (Ancient Greek and Latin: dís=two; amor=love)[22][23]

Primarily heterosexual, but open to engaging in same-sex encounters.[3][5][5] This label might be used by those who sit at around a 1 on the Kinsey scale.

Primarily homosexual, but open to engaging in opposite-sex encounters.[3][5] This label might be used by those who sit at around a 5 on the Kinsey scale.

A generally large, hairy and masculine gay man. This term is used both as a personal identity and as the basis for bear subculture.[25]

An opposite-sex partner maintained by a homosexual person in order to give the impression of being heterosexual; generally a woman who is with a gay man.

A (generally playful) derogatory term for a heterosexual person.

An individual of any sexual identity who has a masculine personality or expression (antonym of femme).[3][10][7] Has sometimes been used as a derogatory term for lesbians, but has also been reclaimed as an identity.[2]

Usually used in the phrase "on the down-low"; a term originating in communities of color to describe men who identify as heterosexual but who have sex with other men in secret (i.e., closet).[25][2]

Either a lesbian, or an individual of any sexual identity who has a feminine identity, presentation or expression (antonym of butch).[9][3][5][10][25] 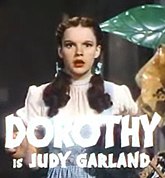 Either a gay man or, more broadly, any LGBTQ person. Originates from either Dorothy Parker or the character Dorothy from The Wizard of Oz. Hilariously the use of this term led to the US Naval Investigative Service conducting a search for a mysterious Dorothy, believing her to be the leader of a large group of homosexuals in the military.[26]

See the main article on this topic: Gaydar

The capacity to intuit whether or not other people are gay.

Also known as LUG for short; a woman who experiments with same-sex encounters in college.

Playing for the other team / playing for both teams[edit]

A (usually feminine and flamboyant) gay man. This term was a slur in the 1970s but has been largely reclaimed. 'Closet queen' is still a slur because of the closet part.

A generally slim, hairless and young gay guy in his teens or early 20s.[25]

A slur for someone who has atypical sexual interests.[28] Has been used to illegitimately conflate homosexuality with paraphilias.

A partially-reclaimed slur for a (usually masculine-presenting) lesbian.[29] Is sometimes used as a self-identifier,[2][30] but should generally only be used by those within the lesbian community.[25]

A (partially reclaimed) slur for a woman / straight man, respectively, who associates or socializes primarily with gay men.[33]

A slur referring to a gay man.[34][25] a term partly-reclaimed by the Radical Faeries.

A (partially reclaimed) slur referring to a gay man.[35]

See the main article on this topic: Homosexual agenda

A homophobic snarl word alleging that the LGBT rights movement has an agenda to infiltrate every aspect of American culture and displace family values.[36]

A marriage between a man and a woman, one or both of whom are homosexual, in order to preserve a heteronormative public image.[38] The term dates from the early-20th century, long before same-sex marriage was legalized.

The precursor to LGBT, before transgender was added to the acronym.[39] Is now used in an exclusionary way by TERFs and other transphobes, with one example being the LGB Alliance.

A term referring to male attraction to adolescent boys, or the bygone institutions that supported this, in cultures such as that of Ancient Greece.[40]

An term used by 19th and early-20th century sexologists, based on the idea that same-sex attraction represented an inversion of normative gender roles.[41]

See the main article on this topic: Sodomy

A law that ostensibly criminalized certain types of sex act, but in practice, has historically been used to target homosexuals and not heterosexuals.

A slur denoting a gay man with feminine interests and behaviour.

An aesthetic or style that is theatrical and flamboyant, and does not take itself seriously. Has historically been associated with gay culture.

See the main article on this topic: Closet

Not open about one's sexual orientation or gender identity.[10]

The act of disclosing one's LGBT identity to another person or people.[9][5][10][7][25] Also known as "coming out of the closet", and not to be confused with outing.

Welcoming, accomodating and supportive to LGBT people and their orientations and relationships.

A scale developed in the 1940s to rate a person's sexual orientation, which could range from 0 (completely heterosexual) to 6 (completely homosexual), with an additional value of X (asexual).[25] Created by Alfred Kinsey, an American biologist, professor and sexologist from the first half of the 20th century.

A current of feminism that involves using one's lesbian identity as a basis for building community and undertaking advocacy both for women and for LGBT rights.[5]

A marriage between two people who are of different sexual orientations.

The act of exploiting LGBTQ issues to improve one's public image, often as a way to increase financial success (e.g., via advertising) or to draw attention away from one's other discriminatory or unsavoury stances or behaviour. A neologism based on the term "whitewashing".

The act, by producers of fictional media and entertainment, of hinting at LGBTQ representation but without explicitly enacting it.

See the main article on this topic: same-sex marriage

Marriage between two people of the same sex. Not necessarily a "gay marriage", as it does not require that both parties are strictly homosexual.

Characterizing a sexual orientation that involves changes over time of how, and to whom, one is attracted.[3]

Not displaying any of the mannerisms or behaviour that are stereotypically associated with one's LGBT identity.

A heterosexual person who works to support LGBT causes.

An umbrella term for anyone who identifies as a gender other than the one assigned at birth.