Welcome to the inaugural RationalWiki awards for 2010. We are throwing the old CP awards open to anyone who are deserving. Which blogger, vlogger, or tweeter is deserving of the Ed Poor Idiot of the Year Award?

Over the next two weeks nominations are open for the [name to be decided] awards, for generally offensive above and beyond the call of punditry. Please provide links to the offending material.

Please restrict the nominations to events or posts in the last year.

A person whose behaviour show disdain for other and a sense of superiority.

Jesse Helms Memorial Award for Bigotry - A person who has an irrational dislike for people different from themselves.

A person who believes they have achieved a great many things despite evidence to the contrary.

A person whose hatred and loathing for homosexuals seems to indicate only one thing...

The Ed Poor Idiot of the Year Award A person who demonstrates a lack of intelligence in their commentary and/or actions.

A person who says something they know to be false.

A person who just seems to hate women, or is against equality for women.

A person who believes everyone's out to get them.

A person who acts in a childish manner, particularly in their humour.

All squabbling below this line will eventual be moved to the talkpage to make this look like an ordered discussion. 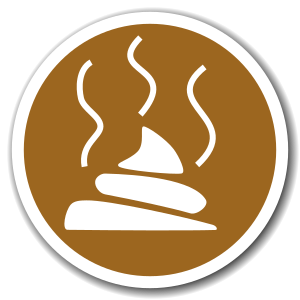 Imagine how honored they would feel receiving this.

Couldn't find any homophobic writings from her for the year, so withdrew her from that cat. have some wonderful nuttiness for biggest idiot tho. --Ψ GremlinPraat! 14:53, 5 December 2010 (UTC)

That's why I posted the link to his other blog posts. See here, here and here for a few examples from last month alone. Röstigraben (talk) 14:36, 5 December 2010 (UTC)

I feel that he is worthy of a nomination for something but an unsure of the category.--BobSpring is sprung! 11:47, 5 December 2010 (UTC)

When this idea was broached for the second time (and died a few days later) I slapped together some reskins of our logo from the Blender file Nx gave me. Is this idea worth following again (and could we have positive awards as well as negative)? Stupid cubic Hoover! 14:37, 5 December 2010 (UTC)

The CP awards were obviously and inevitably negative. But it occurs to me that we could do positive ones as well. For instance the UK house of commons report on homeopathy was excelent.--BobSpring is sprung! 18:52, 5 December 2010 (UTC)

I like the idea of positive awards, but I would prefer something like best defense of science or best rebuttal of pseudoscience compared to best science done this year, as there are already awards for that. - π 22:06, 5 December 2010 (UTC)

I doth concur. Perhaps blog post of the year? Specifically we can do WIGO of the year for each category. Obviously there's "best of" but putting it to an additional vote would be good.