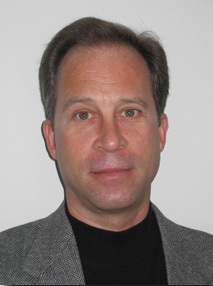 Rick Alan Ross (1952–) (so as not to be confused with the rapper of the same name[1], or with the drug dealer after whom the rapper was named) is an anti-cult activist. He got into the cult thing when he discovered a Pentecostal cult infiltrating the Jewish nursing home his grandmother was in and got just a bit pissed off at that sort of thing.

He used to do deprogramming but got sued to bankruptcy over a case that went wrong and now sticks to exit counseling and making information on cults available.

He is the founder of the Cult Education Institute, formerly the Rick A. Ross Institute, a non-profit organisation with a mission "to study destructive cults, controversial groups and movements and to provide a broad range of information and services easily accessible to the public for assistance and educational purposes online through the Web."[2][3]

His site is a gold mine of good-quality information on all manner of cults, coercive groups, and questionable and manipulative organisations.

During the 51-day Waco standoff in 1993, the FBI consulted Ross because he claims to be a "cult expert". Scholars blamed the violent ending of the Branch Davidian siege on the fact that the FBI took advice from Ross (who has no formal education on the subject) rather than academics.[5]

This cults-related article is a stub.
You can help RationalWiki by expanding it.
Retrieved from "https://rationalwiki.org/w/index.php?title=Rick_Ross&oldid=2458448"
Categories:
Hidden categories: