Civility in simple terms is acting or speaking politely to others. Civility encompasses other related ideas (tolerance, assuming good faith, the Golden Rule, and the social contract), and different people and institutions have given detailed explanations with some variations.

A poll by the Georgetown Institute of Politics and Public Service at Georgetown University found that 87% of American voters thought that "compromise and common ground should be the goal for political leaders" and that 88% were concerned about "uncivil and rude behavior of many politicians".[1][2]

The Institute for Civility in Government has defined the term as:[3]

Civil Politics has defined the term as:[4]

Civility, then, can be viewed as one means for a group of people with different viewpoints to work towards a common goal.

(1921–2002) wrote extensively on the theory of justice as fairness.[5] He described the concept of the "duty of civility" as referring "to the set of moral requirements that are associated with [the] idea of public reason and its corresponding view of liberal-democratic political legitimacy."[6] The concept of "public reason", in turn, is "the shared form of reasoning that the citizens of a pluralist democratic society should use when deciding constitutional essentials and questions of basic justice."[7] Or, somewhat less obtusely:[5]

In other words, citizens — as well as government officials, for they are also citizens — should not make core public decisions unless they are justified by broadly held values. To do otherwise reduces the legitimacy of the democracy. For example, in a democracy where there is no state religion, government officials should not make decisions that are based upon their own personal religion.

Tone arguments are another type of ad hominem, relying on style over substance. Tone arguments can have an implicit personal attack within them, for example if they refer to 'hysteria' or 'shrillness'. Tone arguments include subtypes appeal to MLK and Kafkatrapping.

Related types of arguments include ad iram (appeal to anger), appeal to hate, and inflammatory language (which can be illegal if it can be proven that it incited a crime).

Insincerity is uncivil because it is intentionally lying about or hiding one's true motives. Insincere tactics can span several levels of argumentation, including non-fallacious arguments.

Specific types of insincere behavior include the following:

These actions can overlap. Sealioning and just asking questions do overlap with general concern trolling, as those two tactics usually involve the troll disguising bad faith questions and arguments under the pretense of civility and then try to derail the discussion into accusations of being uncivil.

One should not feel obliged to engage with people who are acting in a demonstrably insincere manner beyond the point of pointing out their insincerity. This is because people who are insincere will be oblivious to counter-argument and are likely to dismiss out of hand any evidence or logical arguments put before them. One must be careful about accusing those who disagree as being intellectually honest, however, as it can unnecessarily obfuscate points being made while also clouding one's judgement when they start assuming all points are invalid. Clear communication, observation including knowing prior behavior, and patience is still key to determining if the disagreeing party is making an argument in good faith or not. For instance, a Trump supporter asking what Trump has done wrong may come off as dishonest "just asking questions" due to the apparently inexplicable display of obtuseness but one must consider that some people are genuinely thoroughly mislead by certain media and do not follow political affairs.

This section is intended to be descriptive, not prescriptive.

Although RationalWiki has at times seemed uncivil, there are long-standing aspects of civility within RationalWiki: 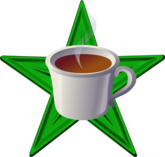 Wikipedia has a detailed code of behavior on civility,[13] and well as one on harassment.[14] Some of the key points in the Wikipedia code of civility are outlined:[13]

Some groups of people or organizations, by their repeated tactics such as trolling, are inherently opposed to civility (e.g., 4chan, 8chan, The Daily Stormer, Encyclopædia Dramatica, Kiwi Farms).

It is unusual for an organization to actually actually explicitly oppose civility, but Chapo Trap House

(CTH), a popular political podcast representative of the dirtbag left,

There seems to be however a misunderstanding about vulgarity among CTH, as it is not inherently uncivil. Directing vulgarity at one's compatriot or the person with whom one is debating in good faith could be uncivil, but directing vulgarity against a mutual enemy is not uncivil. For example, pseudoscience is contrary to RationalWiki's mission, so calling someone who is clearly a pseudoscientist a 'dangerous dunderhead' is not uncivil within the context of the wiki.

Here are some examples that will hopefully elucidate the differences between ad hominem attacks, vulgarity, civility, and when a statement might further discussion.

As the various examples above illustrate, civility is not an absolute. In particular, it is relative to the domain in which one resides or in which one is having discourse.

That being said, there is at times a place for incivility in the form of non-violent civil disobedience, which can be a useful strategy for fighting governmental injustice that is nonetheless legal.