Its also good because it annoys conservatives, but i thought those where real misspellings. Sorry. Sockpuppet of Elassint 13:42, 14 November 2007 (EST)

Sophie Thinks this should be deleted or at least moved to personal user space. "Discuss"

me, "meh", I think it could be focused more in an RW "how is this used by creationists" way.

i don't think it should be deleted now this minute, to be exact. I think, that like prokaryote, it could be rewritten from a perspective of the evolution/creation armwrestle. It's one of many articles about cells and DNA that, while fascinating reading (the purpose of golgi bodies wasn't known when i was at school), aren't really in line with what we're about. we *need* reference:space. or create a sister wiki to hold articles such as this - which might be a good idea now that wikipedia's articles are overly technical. A GCSE/high school science wiki somewhere? hmm. Sophiebecause liberals 20:46, 5 March 2012 (UTC)

relevance of an article on eukaryotes[edit]

Outside of the great idea of making a "reference" namespace, it still seems to me that this could/should be an article in that the evolution of membrane-bound organelles is a fascinating, complicated topic that a smart creationist (hurr hurr) could target to stump a less-well-prepared rational debater. To such an end, this article could be archived as it is, then pared down to the barest description of eukaryotes functionally, followed by the importance of that knowledge to evolutionary science. ERK! | Complaints Hotline 16:09, 6 March 2012 (UTC)

This one of the few cell-related articles I've stuck pins in to actually have mission potential. Also, people seem to be liking my idea for a schools-level science wiki. I'll put it to the mob. Sophiebecause liberals 16:13, 6 March 2012 (UTC)

I'll see if I can't whip something up at User:Erk/Eukaryote when I'm supposed to be re-re-relearning about medical genetics today. Feel free to poke around before I get to it if you are struck by inspiration. ERK! | Complaints Hotline 16:20, 6 March 2012 (UTC) 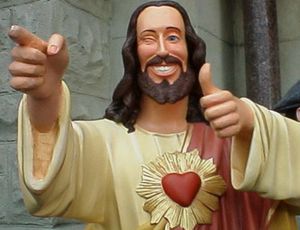 We hsve all sorts of science articles, and although I wanted to delete them earlier, I've now learned that if people are interested, then it's okay. I'm learning. The Heidelberg Kid (talk) 18:56, 7 March 2012 (UTC)

Why do we even have rules if they aren't to be followed? Is this sentence really meant? Is this rule to be interpreted literally or did the writers mean it metaphorically? God, it sounds like I'm debating fundies here. Anyway, glad you're leaving and never coming back. It means I can do what I want without any complaints. The Heidelberg Kid (talk) 19:02, 7 March 2012 (UTC)

Because he's clearly the only person who has been involved in trying to improve this article. The entire point of the thread you're claimjumping in on is to improve the article and make it RW relevant rather than copping out and sticking an 'outline' tag and walking away. Your pathetic 'solution' belittles people who are actually working. ERK! | Complaints Hotline 19:04, 7 March 2012 (UTC)
(edit conflict) every time someone says "we should have science articles because I like them" I will write an article about some fish, star, body part or mineral that I happen to find interesting (with a small section showing how the topic refutes pseudoscience in some way). Sorry to WP:POINT but there are other wikis that people can write general science stuff on. Sophiebecause liberals 19:06, 7 March 2012 (UTC)

If there's one thing I learned from the meiosis fiasco, it's that a seemingly off-mission thing with info you can easily find in a high school biology textbook can be kept without changing it at all by adding the sci-outline tag. Get the lead double standards out! The Heidelberg Kid (talk) 19:07, 7 March 2012 (UTC)

HK, there is an ongoing discussion both at the Salon, and in the forums that you should join. I brought back to life, several articles that were deleted precisely because we jumped all over you when you wanted to do it. No one should be deleting any "science outline" article till the mob comes to a consensus about how to handle *all* of them - in my modest opinion.

We really need some kind of consensus how to deal with all of them; some accepted guidelines of which science articles matter, and which are immaterial. Until we have hit that point, we really shouldn't be deleting any of them. IT also because ground ripe for "he said, she said".

I haven't had time to develop it since yesterday, but User:Erk/Eukaryote shows the general ideas I was trying to get forward for how these articles should be structured. Thoughts? Criticism? Bovidae? ERK! | Complaints Hotline 23:38, 7 March 2012 (UTC)

Reminds me of the meiosis fiasco (or was it mitosis? well, some sort of eucaryotic cell division) from my more n00bish days. How time passes. Anyway, I think you've done a good job making it more on-mission: the "unbridgeable" gap between Prokaryota and Eucarya has actually been bridged, despite the claims of creationists. Personally, I like all the scientific parts of the article: way more info than a high school biology class or that CellCraft game, and more accessible than the big wiki. From my experience (read "getting yelled at for wanting to delete sci-outlines for being 'off-mission'"), I say keep, and also add in the creationist claims and rebuttal. We should incorporate things like the ER, nuclear membrane, and Golgi apparatus originating from membrane invaginations into the article as we explain the leading explanation on how the eukaryote first formed. The Heidelberg Kid (talk)

Oh, I'd also like to say I'm actually going to work on this project myself, rather than sitting on my arse (even more so figuratively than literally) and yelling at all you "DO THIS SHIT". In case you're wondering why I don't have a userspace article, it's because my laptop can't hold a charge anymore and it can get unplugged at any time. I've got it saved in a Notepad document on my computer. I'll post it to my userspace when done for your perusal, discussion, &c. The Heidelberg Kid (talk) 18:32, 8 July 2012 (UTC)