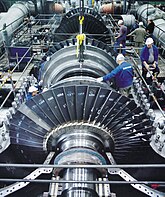 An example of technological knowledge is the knowledge of how to not get sucked in and die.

Technology ("science of craft", from Greek τέχνη, techne, "art, skill, cunning of hand"; and -λογία, -logia) is when you add up the techniques, skills, methods, and processes used in the production of goods or services or in the accomplishment of objectives, such as scientific investigation. Technology can be the knowledge of techniques, processes, and the like, or it can be embedded in machines to allow for operation without detailed knowledge of their workings. Systems (e.g., machines) applying technology by taking an input, changing it according to the system's use, and then producing an outcome are referred to as technology systems or technological systems.

The simplest form of technology is the development and use of basic tools, such as rocks. The prehistoric discovery of how to control fire and the later Neolithic Revolution increased the available sources of food, and the invention of the wheel helped humans to travel in and control their environment. Developments in historic times, including the printing press, the telephone, and the Internet, have lessened physical barriers to communication and allowed humans to interact freely on a global scale. Now we can finally be lazy.

Technology has many effects. It has helped develop more advanced economies (including today's global economy) and has allowed the rise of a lazy leisure class. Many technological processes produce unwanted by-products known as pollution and deplete natural resources to the detriment of Earth's environment. It can also rule the world and terrorize all humans. Innovations have always influenced the values of a society and raised new questions in the ethics of technology. Examples include the rise of the notion of efficiency in terms of human productivity and the challenges of bioethics.

Fortunately, we are finding new ways to use technology to our advantage. Medical equipment is needed for hospitals around the world, and without them, we die younger. Higher technology is what makes us human beings different from other animals because we have self-determination and find ways to develop objects that would help us adapt to our environment.[note 1]

This technology-related article is a stub.
You can help RationalWiki by expanding it.
Retrieved from "https://rationalwiki.org/w/index.php?title=Technology&oldid=2405381"
Category:
Hidden category: