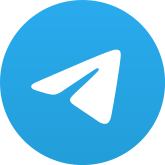 You can't have a plane without a right wing.

Telegram is an instant messaging, social media and Voice-Over-IP service provider based in Dubai.[1]

See the main article on this topic: Crank

Telegram offers users the possibility to create channels, a place where a user can post content and an unlimited number of people can subscribe to (not unlike something like an user's Twitter/Fediverse feed). Traditionally, Telegram had a hands-off approach on moderating these channels, which those posting anti-vaccine content, conspiracy theories, and more generally groups like the alt-right very much liked.[2] Those who found themselves kicked from more mainstream platforms found in Telegram's channels feature a new home, like Nick Fuentes.

Especially following the January 6 Capitol attack in the US, the company has started to take a more active role in moderating explicitly far-right and pro-violence channels.[3] Many channels related to the Capitol attack were deleted, such as one mentioned in the article as posting "Army manuals with bomb-making and munitions-making information" at the beginning of the attack. The aforementioned article draws parallels between these bans and the ones that occurred following the 2015 Paris massacre, in which Telegram deleted openly pro-ISIS channels. Of course, by the time these bans happened, it was already too late.

The channel deletion seems to be limited. Telegram seems to prefer to mark channels about, for example, QAnon with a "Fake" tag in the channel title, despite QAnon being explicitly pro-violence.

The service is also an extremely popular platform within the furry fandom, so you can naturally expect at least one furry near your location to have enabled the "Shared location" feature.

Telegram provides optional end-to-end encrypted messaging, a feature that the company calls "Secret Chat". When properly setup, this makes the content of the messages between two contacts known only to the participants. As with any commercial security solution, this technology may not provide guaranteed security.[4]

This internet-related article is a stub.
You can help RationalWiki by expanding it.
Retrieved from "https://rationalwiki.org/w/index.php?title=Telegram_(software)&oldid=2486956"
Categories:
Hidden categories: