From RationalWiki
< User talk:LArron
Jump to navigation Jump to search

How much throttling do you recommend when using a mediawiki API? Occasionaluse (talk) 05:33, 4 January 2013 (UTC)

Super simple benchmark says you can squeeze a little more out of both of them.

That's the upper bound for the speed - but there is something else going on at Conservapedia: if I made too many queries in too short a time at Conservapedia, I was banned from watching it for hours or days...
--larron (talk) 08:07, 4 February 2013 (UTC)

Hi LArron, would it be possible for you to make new versions of the four graphs in the "History" section of Citizendium? The graphs are a year old now. Granted CZ is almost dead, but I think it creates a better impression to the reader if we have more up to date graphs.

And while I am asking for favors - could you make the charts in blue or green instead of yellow? Some of us are getting on in years and find strongly contrasting colors are helpful. Thanks for all the chart-magic you do around here! Doctor Dark (talk) 01:27, 10 August 2013 (UTC)

Thanks for maintaining this page. I noticed there are some errors in October: the page says Brenden, Regular, AmerICan, Danq, EJamesW (and perhaps others) made 0 edits, while this is not true. Open minded (talk) 12:08, 3 November 2013 (UTC)

indeed, it isn't. Well, data-gathering at Conservapedia is a bitch, and I never thought that I had to handle numbers so small in these tables: thank you for checking the values, I think I could correct the mistakes. --larron (talk) 13:47, 3 November 2013 (UTC)

Thank you, you are to kind! BTW: I assume that the number of revisions without counting Ken's contributions will go on to decline - while it is hard to make predictions including Ken's erratic but possibly dominating frenzies of editing (see amended table above). --larron (talk) 21:23, 14 November 2013 (UTC)

Thank you! Any possibilities of also updating some of the Citizendium graphs? CZ is basically comatose, but it would be nice to update the article once or twice a year for appearance sake. Doctor Dark (talk) 16:10, 5 January 2014 (UTC)

I'm curious to see what days of the week have the most editors/edits on RationalWiki. I suspect Sunday is the busiest day. Do you think you could make a graph for this? Of course, I can't pay you. And I totally understand if you tell me to fuck off. I am certainly not demanding you work for free. --"Shut up, Brx." 17:15, 9 February 2014 (UTC)

No, the busiest day is Thursday...

Your are welcome! Just for completion:

Would it be possible to see a list of the number of main space edits per day on CP going back, say, 90 days, minus the edits of Martinez and Conservative? Many thanks in advance. TeenageWasteland (talk) 00:03, 25 April 2014 (UTC)

Where do you get the data for all the stuff? DØØM MĖSSIÅH Wired were the eyes of a horse on a jet pilot

Nice. Sounds pretty interesting. Do you have to know much technological voodoo, or does the thingy do that for you? DØØM MĖSSIÅH Wired were the eyes of a horse on a jet pilot 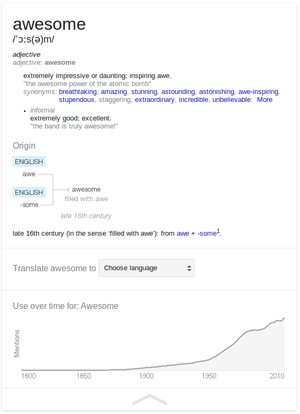 I think something has messed up. DØØM MĖSSIÅH Wired were the eyes of a horse on a jet pilot

Thanks. It's looking great! Must take ages, and we all appreciate your efforts. DØØM MĖSSIÅH Wired were the eyes of a horse on a jet pilot

Longtime viewer first time poster. Can I just ask what programme do you use to create those wonderful Bubble Charts? I've been asked for something similar but haven't had much luck in finding something suitable. Thanks in advance --Meltwaterfalls (talk) 11:18, 9 May 2014 (UTC)

Thank you for your compliments!

At the moment, the bubbles are realized as polygons in the graphs - which bloats the svg-s. I intend to create a version, which creates svg-s directly, but I just haven't found the time.

At the core of the algorithms lies a simple geometrical insight: the center

lies at the intersection of the two circles with radii

. This results in a quadratic equation for the new coordinates.

Brilliant, it was what I both assumed and feared, my forays into R have proved a little beyond my limited capabilities thus far, but seeing what can be created means I will be redoubling my efforts. Thanks again Meltwaterfalls (talk) 08:40, 10 May 2014 (UTC)

But can we please have some more of that RW:AU action?