The concept of yin and yang began as an element of Chinese philosophy, and has since become an important part of East Asian mysticism. The concept still plays a significant role in traditional Chinese medicine.[1] 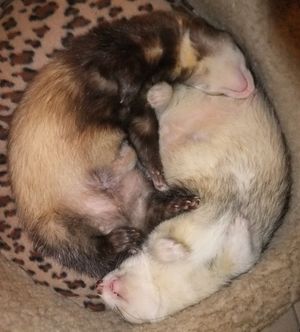 The essence of yin and yang is that the universe is made up of complementary dualities. Unlike Western dualisms, in which the mind and body or good and evil are resolutely opposed and unable to be bridged, traditional Chinese philosophy holds that all things contain elements of both yin and yang. Therefore both are necessary for the implied balance of the universe.

Yang is represented as masculine, active, light, warm, etc. Yin, by contrast, is feminine, passive, dark, cold, etc. The sun is yang, and the moon is yin. Neither is good or bad, but have different effects on different things. A person should strive for a balance of each.

Although there is only one oblique reference to them within the Tao Te Ching, yin and yang play a significant role in Taoism,[note 1] but the overall idea was considered vital to becoming in tune with the Tao. Moreover, in many places, the book refers to standing with the "feminine" or the "dark," a reference to the "yin." (Religious Taoism (daojiao) put far more emphasis on the maintenance of "yin" and "yang".) 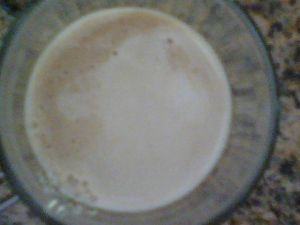 Balance your chi with a drink

Yin and yang are considered extremely important to Chinese geomancy (feng shui, or "wind-water"). Traditionally, many people would build houses in ways that increase the amount of yang energy given off by the sun. Examples of this included building south of mountains and north of rivers, where the sun's yang was supposed to collect. Feng shui also considers siting a building to make it more defensible against enemies. Moreover, the expert layout of rooms would allow for yin and yang to be used most effectively. While the concept might have some validity regarding a house's location and layout, feng shui also employs magic to protect against problems using mirrors, feathers, and other items placed in strategic locations. These items' efficacy often involves some sort of wordplay or resemblance of word sounds to achieve their intended effect.

In modern Western societies, yin and yang are most often associated with various kinds of woo. In many of these cases, the philosophical background of the concepts of yin and yang is usually discarded entirely for warm fuzzy pronouncements about being in touch with "both sides" of oneself or the universe, or not getting caught up in antagonistic dualities. This sometimes involves using some kind of Eastern-seeming rituals or procedures, wholly divorced from the cultural milieu that gave birth to it.

Also, many of the tenets of modern neopaganism at least sound like they are related to yin and yang, mainly the focus on "balancing" male and female energies.

Although the concept of yin and yang is usually brought up as egalitarian (i.e., "women are just as important as men", "the feminine is sacred", et cetera), in practice, it has been historically utilized to enforce strict gender roles in Chinese culture.[3] Light is after all almost universally prioritized over darkness as far as human civilization is concerned, and Confucianism in particular stresses how the yang is "superior" to yin. Under the yin and yang system, women can only hold authority if they possess yang attributes, which unfortunately Chinese culture tends to not recognize outside of the household.

There is evidence that Taoists and Confucianists have persecuted Chinese sun goddess cults.[4]