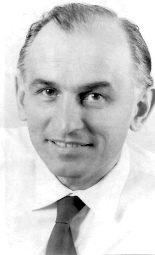 Apophenia is the experience of seeing meaningful patterns or connections in random or meaningless data. The term was coined by neurologist Klaus Conrad (1905–1961) in his 1958 publication on the beginning stages of schizophrenia, and defined as the "unmotivated seeing of connections."[1]

Apophenia is the term of art generally used in psychology for this phenomenon. However, there have been a number of other coinages of similar or related concepts in academic and popular discourse. 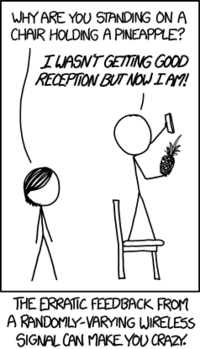 Many superstitions are the result of apophenia.

Some phenomena classified under the general umbrella of apophenia include:

Other psychological phenomena may affect apophenia as well. By selecting data, consciously or unconsciously, apophenia can include hindsight bias, where seemingly meaningful events are interpreted as having "obviously" led to the present situation. Priming a stimulus will increase the likelihood that it will be "seen" or noticed even when it isn't actually there. A feeling of a loss of control can also increase the detection of false patterns in random data such as visual noise and stock market reports.[5]

The explanation put forth by evolutionary psychologists for apophenia is that it is not a defect of human cognition, but rather a feature that is selected. This is due to the asymmetrical cost of Type I and Type II (not recognizing a pattern that does exist) errors. For example, someone might hear a noise that sounds like a predator growling. If the person believes that it is a predator, but it's just the wind, the cost is only losing a moment's travel time to stand on guard. If the person believes that it is just the wind and it actually is predator, the cost is the person's life.[note 1] Research in this topic generally falls under "Error Management Theory."[7][8] The propensity for apophenia has also been demonstrated in animals, such as in B.F. Skinner's research on superstition in pigeons.