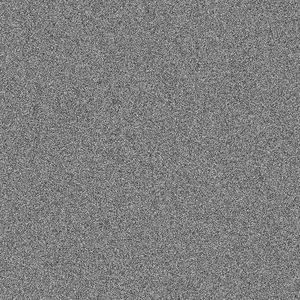 Look closely and you will see God, or maybe a Rabbit. Heck, you can even see a nuclear explosion if you look closely enough...

Pattern recognition is the task of classifying raw data using a computational algorithm (sometimes appropriate action choice is included in the definition). The term is from machine learning, but has been adapted by cognitive psychologists to describe various theories for how the brain goes from incoming sensory information to action selection. The various stages of pattern recognition include:

Each step introduces various sources of both internal and external noise. This noise makes accuracy difficult, and it exponentially increases as you move down the chain. Some form of signal detection must be used to find meaningful salient stimuli amidst all the noise. As pointed out in signal detection theory accuracy can never be perfect and you must trade off between "missing" patterns that exist and "detecting" patterns where none exist. In a general abstract environment one can find an "optimal" trade-off between these types of errors, but in the real world, things are very different. The consequences for a missed pattern are usually much worse than the consequences for detecting a false pattern. If one thinks one sees something coming at one's head, it is better to duck and be wrong, than not duck and be wrong. This difference in trade-off means that there is strong evolutionary pressure to bias processing in favor of detection, and not worry as much about false positives.

At each stage in pattern recognition this bias is present. Our sensory organs are primed to fire off signals for the smallest changes physiologically detectable, we are prone to seek out any kind of discernible features and use that to force a classification, and in return influence our actions in response. A fairly harmless example of this is cloud gazing; any length of time spent looking at the nearly random formations of water vapor will lead to people seeing known shapes such as people, animals or other objects. A similar experience can be had by staring at the randomly generated static noise in the picture to the right. Patterns should start to emerge very quickly, faces or human outlines are some of the more common patterns people report (this is also likely an evolutionary response due to the salience of our conspecifics).

Pattern recognition combined with post hoc reasoning can lead to a strong form of magical thinking. Basically, people are prone to see patterns where there are none (such as in occurrences of "bad luck" and "good luck") and then attempt to attribute them to some sort of correlation (such as the clothes worn that day). This has been correlated to a feeling of loss or lack of control.[1]

In simple cases this can lead to basic superstitious beliefs (such as not walking under ladders[note 1]) but when applied on a more sophisticated and larger scale it may serve as the impetus for such major cultural artifacts as religion or conspiracy theories.

A perfect example are people seeing images of Jesus or Mary in wood grains and in grilled cheese.

The human mind's tendency to seek patterns in everything is exploited to great effect in various forms of woo, quack medicine and paranormal claims. Several of the more recently popular New Age concepts such as the Law of Attraction read as a recipe for false-positive pattern detection, and claim that deep spiritual truths about the nature of the universe are revealed because people think they see significance in random events.

Various forms of quack medicine also rely heavily on certain kinds of false positives in pattern recognition. Vaccine hysteria is due to people imagining a negative pattern in relation to medical care and disease, while things like homeopathy rely on the perception of a pattern between drinking water and getting over a cold seven days later.

Beyond all of this, though, is the application of false positives in "paranormal" activity. Psychics and astrologers rely on people interpreting cold readings as personally significant. Also, most forms of ghost hunting involve hearing voices in white noise or interpreting random dust spots as "light orbs."

The pervasiveness of false pattern recognition in human cognition means that it often plays a role in our attempts at reasoning. A large number of informal logical fallacies have been constructed to highlight how this comes out in arguments. These include:

Science fiction author William Gibson's 2003 novel Pattern Recognition focuses on a woman who is psychologically hypersensitive to advertising and freelances as a "coolhunter" to spot emerging trends. She is hired by a billionaire to track down the source of hundreds of short random clips of a mysterious film circulated on the Internet which have become the center of a rabid underground cult following. Meanwhile her EVP enthusiast mother searches for the voice of her father, missing since 9-11, by listening to amplified miles of reel-to-reel tape, unused, fresh from the factory.