Data: the underlying data was gathered by getting the logs of CP and WP via MediaWiki API. For the creation of articles at CP, all articles were looked up — while at WP, a sample of size 50,000 was taken. Images: the images were created using R. For the geographical location of IPs, the free version of MaxMind was used. For the map of the Internet images, nested or overlapping range blocks were taken into account, while for the other images, all blocks were counted independently, resulting in a higher number of blocked IPs. 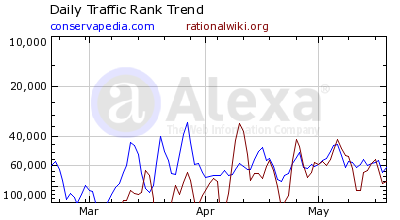 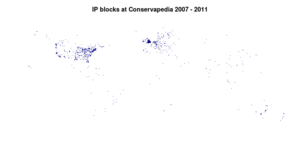 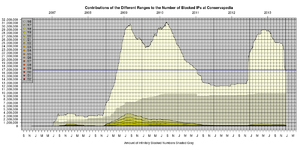 The contribution of the blocks with different ranges to the number of IPs blocked, up to January 2014 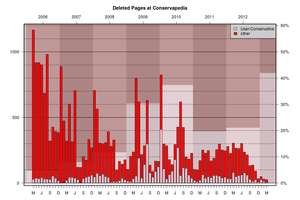 Deleted pages at Conservapedia, up to March 2014 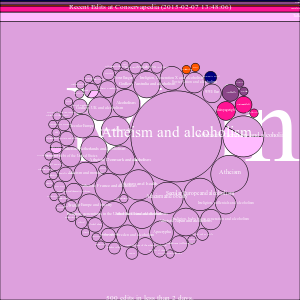 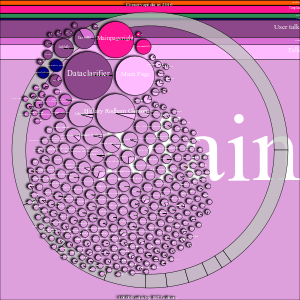 Pages with at least 40 edits