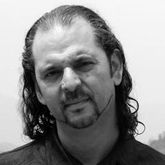 Daniel Estulin, the savior of Canada.

Daniel Estulin (born in Vilnius, Lithuania, August 29, 1966[1]) is a Lithuanian-born-migrated-to-Canada-and-later-settled-in-Spain crank and conspiracy theorist, who likes to rant about the Bilderberg Group, the Council on Foreign Relations and the Trilateral Commission.

In his book, "The True Story of the Bilderberg Group," he claims that the eeeeeevvvvvviiiiiillllll Bilderbergers once made it so an elevator's doors would open so he'd fall down the elevator well. Well, we're happy he didn't fall. He urges us to be careful when we enter elevators - the Bilderbergers are probably behind it.

Bruce Ramsey states that, if the Bilderbergers really wanted to kill him, they'd have done it in a more publicity-averse way than falling down the elevator well.

Does Canada owe him anything?[edit]

Estulin claims that the founder of the group, Prince Bernhard of Lippe-Biesterfeld, named the group after something in the SS, of which he was a member, more properly Farben Bilder, a corporate executive and member of Heinrich Himmler's "circle of friends". Of course, you must be thinking he was somehow involved in the Holocaust, but A) he was in the Reiter-SS, the SS Cavalry Corps, B) he was only in it for ambition, not ideology, C) the Reiter-SS was no more than an equestrian country club for aristocrats and D) because of C, the Reiter-SS was specifically exempt from war crimes challenges during the Nuremberg Trials!

Ok, now we know it's all a lie, but where's the hypocrisy? He quotes from American Free Press/The Spectator, two newspapers (which are actually just one) on which he claims he's ashamed of quoting but quotes them for reasons of force majeure. Of course, these newspapers are far-right and anti-semitic, therefore, so much for the Prince's Nazi bugaboo!

And then he makes another of his Nazi claptraps, this time regarding Otto van Amerongen, another Bilderberg member. He (supposedly) was a Nazi spy, trader in stolen gold and stocks, and exporter of tungsten from Portugal to Germany. Of course, this is libel, except if von Amerongen is dead, which he is.

In his "The True Story of the Bilderberg Group", Estulin quotes from a Gyeorgos C. Hatonn, without saying who he is. According to Bruce Ramsey, Hatonn is a nutcase writer of such books as "Creation, the Sacred Universe: The Incubation of the Phoenix". He also appears to be some sort of UFO nutjob. So, perhaps, Estulin's embarrassed of him Spectator-style, isn't he?

How does he quote Hatonn? By using the fantastic "Rape of the Constitution, Death of Freedom". What does he quote? Prince Bernhard's Nazi bugaboo!

Estulin has voiced his support for Viktor Bout, convicted illegal arms dealer, and claimed he is the victim of a conspiracy.[2]

He has also supported Carlos Cruz, former Portuguese TV presenter currently arrested for child molestation in the Casa Pia case, also claiming Cruz to be the victim of a conspiracy.[3]