Is Andrew Schlafly dead? The owner and chief administrator of Conservapedia is claimed to be alive, with liberals citing his almost obsessive editing and his public appearances, yet evidence increasingly indicates that Andy has long since passed away.

It is believed that the role of Andy is being performed by a small army of impersonators, all of whom lack his charisma and intellect. His public appearances are performed by an unknown actor, while his online activities appear to be continued by a small disorganized group of bullies and liars.

Ironically Andy, or more likely one of his doubles, had claimed Fidel Castro to be dead.[1] It seems highly likely that this was not the work of the real Andy, given the inane and obviously flawed reasoning employed in support of the claims.

The Andy seen on Conservapedia and in various public appearances is, for want of a better phrase, a bumbling dolt. He lacks basic Christian compassion, he claims expertise in matters of which he knows nothing, he is deceptive, and his formerly highly visible home schooling activities appear to have dwindled to nothing.

A legal career circles the drain[edit]

Andy attended Harvard - one of the finest legal schools in the world. After graduation he began teaching at a law school, later passing the New York State Bar Association exam. It's granted that a simpleminded and talentless dolt could attain such lofty credentials, but this seems very unlikely. The man at Harvard was Andy, but the man practicing law today in his name is certainly not the same man who once drank deep from the magnum of loud cum awarded to him by Harvard. Would the real Andy have let his reward dribble down his chin, or would he have heartily gulped it down like a heady cocktail of curdled mayonnaise and success?

Contrast his academic achievements with his subsequent "legal career". The Andy we knew acted as general counsel to the prestigious Association of American Physicians and Surgeons, who even went so far as to mention Andy's name on their website.

The Andy of today is reduced to pestering courts with amicus curiae, most of which are written on cereal boxes. Any time he has stood before a judge he has given the impression of being an ill-prepared wingnut with only a cursory knowledge of the law and history of the United States. His recent attempt to have Senator Robert Menendez recalled led to him standing sheepishly as the judges laughed and provided him with a quick remedial course in what the hell he was talking about.

Conservapedia, perhaps the greatest hope for a factual and conservative source of truth on the Internet, began with lofty goals. Few will forget the hubris, the intellectual excitement, and the deafening roar as thousands of people flocked to Andy's banner of trustworthiness. Andy made substantial contributions in the early days, and engaged in debate of the kind not see since Socrates enjoyed a warm cup of hemlock tea. This was not to last. 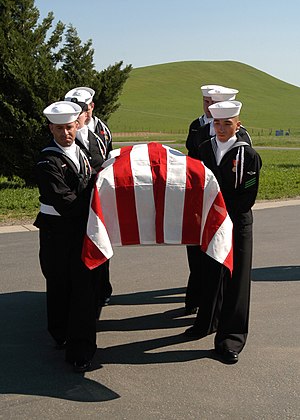 This is the funeral Andy deserved...

Respect for rule of law is a key pillar of the conservative movement, and indeed any stable society in which rights are protected. In the early days of Conservapedia, everyone stood in silent awe as Andy emerged from his bedroom holding the Conservapedia Commandments that he had printed on his inkjet printer due to his mother's insistence that he not carve stone tablets in his room. Even in this slightly bluish form (he had forgotten to replace the red cartridge on his printer) the correctness and potential of these commandments could not be doubted.

People flocked to Conservapedia, secure in the knowledge that their rights and their work would be protected by Andy's insightful rules. However, this was not to last. Soon the rules were being distorted or deliberately ignored by the senior members, Andy included. Gossip was allowed to masquerade as fact, opinion took the place of objective conservative analysis, and the 90/10 rule, originally created to prevent liberals from wasting time through endless debate, was used to censor the very people it was intended to protect.

"Andy" promoted vandals to positions of authority, and together with them he ignored the commandments, instead behaving like an ideological wingnut who knew nothing much about anything, yet felt he had to always be correct. In a short period of time the site lost many valuable members.

The real Andy was a good solid conservative Christian and would certainly not resort to lies or censorship of opposing views and facts. As Andy wisely opined, The Truth Shall Set You Free!.

In the early days of Conservapedia it was proudly proclaimed that they had "0 in mental health problems". This was an obvious result of the strong conservative ideology. As Andy's double's are clearly unhinged, if their activities are anything to go by. These lunatics claim to be experts in everything, yet routinely demonstrate their ignorance. They argue against overwhelmingly accepted scientific theories, and invent statistics to back-up their strange medical theories.

These are not the actions of a man holding high qualifications from Harvard and Yale (he obtained a degree in engineering). The real Andy had no background in biology, and would have never presumed to be an expert in such a field, yet one of Andy's doubles was foolhardy enough to send an incredibly uninformed, arrogant and aggressive letter to Richard Lenski, questioning his integrity and the results of his research that seemed to demonstrate genetic adaptation within under laboratory conditions. Lenski responded with a comprehensive rebuttal of Andy's points, turning what was an important but little known scientific breakthrough in to an Internet phenomenon. Idiocy of this calibre could not possible come from a well educated man. Even worse, another double of Andy is seeking to do exactly the same thing right now in relation to the committee working to update the New International Version Bible.

A descent in to trivia, pop culture, and conspiracy[edit]

..but this is what he got. Godspeed Andy, Godspeed!

Andy's previously scholarly work was set aside so that he could devote more time to showbiz gossip, the birther movement, and most famously his "mysteries". To gain a sense of perspective, the change in the quality of Andy's work would be comparable to Jane Austen, on completing her masterpiece Sense and Sensibility, going on to write the screenplay for Dude, Where's My Car? It is simply impossible that the works seen can be attributed to the same person.

Silence from his family[edit]

Andy's family used to be present on Conservapedia. Phyllis Schlafly, Andy's mother and a role-model for helpmeets everywhere, lavished high praise upon Andy's project when she said "He has started this thing on the Internet. I don't know what to call it." Andy's children are rarely seen on Conservapedia, and the same can be said of his brothers. This is understandable given that they must know the truth and it would surely be painful for them to see the memory of a great man being tarnished in such a fashion.