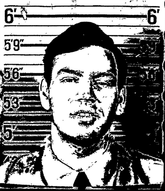 Eustace Mullins (March 9, 1923–February 2, 2010) was an author from Virginia often cited as source material by authors of anti-New World Order books, such as Pat Robertson. Mullins is also cited by "researchers" in the field as a prolific writer of anti-Semitic literature. Authors like Robertson,[1] Gary Kah,[2] Bo Gritz,[3] Texe Marrs, and Glenn Beck[4] have cited Mullins as a source without also mentioning that Mullins has written tracts with titles like "Adolf Hitler: An Appreciation" and "Jewish Television: Sick Sick Sick", making citing Mullins, to put it mildly, rather suspect. Mullins also happened to be a Nazi apologist. He was, until his death in February 2010, a contributing editor to the Barnes Review, a Holocaust denial magazine.

In addition, his book Murder By Injection is a promotion of pseudoscience and quackery in the medical field, attacks the conventional scientific understanding of cancer and other diseases, attacks vaccination, and posits a conspiracy theory that the American Medical Association and mainstream scientists are deliberately suppressing "alternative" cancer treatments such as Laetrile. It includes a viciously homophobic chapter on AIDS where he promotes HIV denialism and the work of Peter Duesberg while at the same time accusing the gay community of deliberately trying to infect as many people as possible with the disease.

Mullins was an associate and frequent visitor of poet Ezra Pound during the time that Pound was incarcerated in a mental facility following his arrest for making pro-Axis radio broadcasts on behalf of the Fascist regime of Benito Mussolini in Italy. One of Mullins' early books (published 1961) was This Difficult Individual Ezra Pound, a memoir of these visits.

Several of his books were reprinted in new hardcover editions in 1992 and heavily promoted among the militia movement in the United States during the 1990s. These books are: