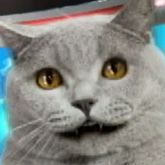 The Truth Factory is a YouTube channel featuring a talking cat, Truth Cat, who promotes far-right conspiracies. Bad kitty! As of 9 October 2019, she has 115,000 subscribers.

Pizzagate is easily the most outlandish thing this YouTuber believes in. Most of the YouTube video discusses Hollywood pedophiles anyway. When it does dive into Pizzagate, she says the following:

While I completely believe that you're innocent until proven guilty and that any evidence here is purely circumstantial, at this point, things still don't add up. Like James Alefantis, a pizza shop owner, became GQ's 49th most influential man in Washington, and I'm trying to figure out why this small, supposedly innocuous pizza shop was able to procure large donations from Hillary Clinton as seen here in the Federal Election Commission reports.

Also tens of thousands of dollars funneled Comet Ping Pong through a PAC called American Bridge 21st Century foundation created by David Brock, James' ex-lover, which was largely funded by George Soros. Could it be that there's some money laundering going on since James owns a series of small cash businesses that could easily break down larger sums of political money to move around and if so, what is James providing in exchange for those sort of funds? Pizza?

GQ's list is not authoritative and lists like these tend to have questionable choices. For example, Time's top 10 had the streamer Ninja

on their's.[1] If she actually read GQ's article, she would have seen the reasoning:[2]

Liberal twentysomethings in khakis drink beer and eat pizza at Alefantis-owned Comet Ping Pong. More established progressives wine and dine next door at Alefantis-owned Buck's Fishing Camping. Alefantis is also the board president of Transformer, the contemporary art gallery that shamed the Smithsonian for removing an installation offensive to right-wingers. When it comes to D.C. radical chic, Alefantis is unsurpassed. If you don't know him, you aren't wearing your scarf right.

It's a popular restaurant, not a "small restaurant" as she asserts.

The video shows donations ranging from $200 to $1500. These amounts are laughably small and are few in number.

In the video "The Take Down of Alex Jones- Why This Is a Big Issue", our cat girl says the following:

Since the inception of my channel, I've been addressing the issue of big tech censorship, and I predicted the slippery slope with free speech that we're currently sliding down now. Knowing that first, they would go after controversial people that most would be too afraid to defend and slowly move the goalposts. And this week, they went after Alex Jones. Within hours, he was banned from Facebook, iTunes, Spotify, YouTube, and even Pinterest. And according to these platforms, they justified banning him and what was clearly and orchestrated purge by saying he espoused hate speech. A fairly subjective term that I'm sure could mean anything they don't like. If a goal post has moved so much that Alex Jones is now what the far-left considers to be hate speech, then we have major issues.

Free speech is a commonly misunderstood term. It means the government can't silence what you say; however, the aforementioned platforms aren't government owned, and therefore reserve the legal right to de-platform anyone they wish. But hey, I guess anything is moving the goalpost when you don't understand the phrases you use! In fact, a snippet from the InfoWars's the terms of service sums up freedom of speech correctly:

It's quite obvious why Alex Jones was banned with simple research. For years, Alex Jones claimed that the Sandy Hook massacre was faked, and as you would expect, the victim's parents weren't too thrilled. The parents filed a lawsuit, and the bans promptly followed.

She also claims that the widespread ban was illegal:

And I typically agree with the argument that private companies have the right to refuse service but only if there's competition where that customer can go for an equal or similar service. If it were just one of these platforms that booted him, then fine. But in this case, it was five of the biggest social media platforms conspiring together to ban him. There's no way was just a "coincidence". This was collusion, which may actually be illegal under 18 US Code § 241. Conspiracy Against Rights.

Nope. This code refers to acts of physical violence such as kidnapping and sexual abuse:[4]

If two or more persons conspire to injure, oppress, threaten, or intimidate any person in any State, Territory, Commonwealth, Possession, or District in the free exercise or enjoyment of any right or privilege secured to him by the Constitution or laws of the United States, or because of his having so exercised the same; or

If two or more persons go in disguise on the highway, or on the premises of another, with intent to prevent or hinder his free exercise or enjoyment of any right or privilege so secured—

And there are legal cases that set a precedent that contradict that these social media companies should be treated as private entities. Like Pruneyard Shopping Center v. Robins,

a landmark case that trump property laws, where a shopping center was sued for denying access to someone for the purpose of circulating a political petition. And the California Supreme Court held that the State Constitution protected free speech and a privately owned mall. A mall is a place where the public gathers. A place where political speech can be heard, just like social media.

However, this ruling only affects the California Constitution,

not the Constitution for the United States. In other words, this ruling only affects the state of California. She even says the phrase "State Constitution", so how this was overlooked is perplexing.

She then elaborates on the Knight First Amendment Institute v. Trump case:

Or like the case Knight First Amendment Institute v. Trump

[sic] where Trump was sued for blocking people on Twitter from his personal account, and Trump lost. He can't legally block people on his Twitter on a private platform because it violates the First Amendment. This case may have opened doors for social media to be recognized as a public forum.

Our commentator brings up this case as an attempt to link it to Pruneyard Shopping Center v. Robins,

however, since that was a case on the state level, the connection is moot. In any case, she asserts correcltly that this case recognizes social media as a public forum. A slight nitpick: the case claimed it was a violation of free speech because Trumps statements are "official statements".[5] In other words, regular citizens cannot be charged for blocking other users.

The Truth About Illegal Immigration[edit]

Last month, the ACLU came out with an article reporting on thousands of documents showing widespread abuse of child immigrants in US custody; however, that report was based on over 30,000 pages of documents data between 2009 and 2014, which was under Obama.

Correct, and Obama created the deportation system that Trump inherited.[6]

For example, this photo has become the epicenter of this media shitstorm including this Time magazine cover. Yet the real truth behind this photo is that that child belonged to a previously deported Honduran woman who paid human traffickers $6,000 to smuggle her and her daughter into the United States illegally so she could get a job, without that child's Dad knowing, which is kidnapping. She also left all of her other children behind. This interaction was over within minutes and that child and that woman were taken to a local immigration facility together. Was that context displayed anywhere in any of these articles? No, of course not.

Truth Cat is correct that the mother and daughter were never separated because children under five are not separated from their parents, per policy.[7] The image of the crying daughter was exploited by the media anyway.

While Truth Cat coverage is mostly factual, she doesn't address the many controversies with ICE, such as blatant racism with who they choose to raid and excessive force, in the wake of Trump's "zero tolerance" policy.

CO2 is Greening The Earth[edit]

To assert the second point, Truth Cat cites a paper[8] from SPPI,

an infamous climate change denial organization. The issue with modern climate change is that the CO2 levels are rising because of humans at an alarming rate.

was a false flag and confirms it with the source ... Zero Hedge:

While the political beliefs are lacking, the YouTuber leaves the sources they referenced in the video description ... sometimes. For video essays, this is a rarity and is much appreciated. Additionally, the videos are well edited and put together.