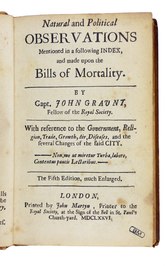 Evidence-based medicine (EBM) is the application of the scientific method to medicine. This is done by applying modern scientific and statistical methods, to help make rational decisions for individual patients, based on the available evidence and our existing body of knowledge.

In the thousands-year old history of medicine, medical decisions have been based on careful observation mixed with superstition. Many of the ancient physicians were excellent observers of human disease — but they lacked the tools to describe mechanism of disease, and therefore were impotent to intervene.

Many of the disease descriptions and prognostications made by such writers as Hippocrates still ring true today. Their treatments, unfortunately, do not.

Until very recent times, the experience of very talented individual doctors was still the basis for medical decision-making. EBM is an attempt to relieve the individual of this impossible responsibility, utilizing their talents, but adding objective knowledge to the mix.

Epidemiology and statistics were pioneered together by John Graunt

in 1663 with his publication, Natural and Political Observations upon the Bills of Mortality.[2] There was initial resistance to Graunt's work and epidemiology could not advance without the concomitant advance of statistics, which did not substantially happen until the late 19th and early 20th centuries.[3] The breakthrough in the use of modern epidemiology came with the 1954 publication of the British Doctors Study,

How does it work[edit]

EBM focuses both on diagnosis and treatment. Diagnostic tests are usually tested vs. a gold standard using specific statistical techniques. For treatments, medical problems are identified, interventions are devised and systematically tested. If an intervention is validated by sufficient evidence, it is usually adopted.

Pulmonary embolism, or blood clots that go to the lung, are a major cause of death and disability. They are notoriously difficult to diagnose, with protean symptoms and signs. A clever team of researchers based at the University of Michigan decided to ask how to best diagnose the condition. They set up a statistically valid study in which one modality (in this case, something called a "V/Q Scan") was tested against a gold standard, in this case pulmonary angiography, where a catheter shoots dye directly into the blood vessels to look at the clot. Why not just do that every time? It takes more time, more skill, and is more dangerous. Based on their results, a decision-making algorithm was designed to help better diagnose pulmonary embolism. (This is now a bit outdated, but the example stands.)

What about the doctor? Doesn't she have to, you know, do anything? Yes. She must suspect the condition, know how to apply standards of evidence, know the literature, and not waste a lot of time equivocating. She must communicate with the patient, comfort him. EBM is not a substitute for human doctors.

Scientific principles tell us that medications that prevent blood from clotting should help treat pulmonary embolism. This turns out to be true, but the best way to "thin" someone's blood cannot be known without applying science. Studies have been done on the type of anticoagulant, duration of treatment, etc. All of this has improved the care of patients with this condition.

What about our brave doctor? Is she left out of this part, too? Fortunately not. Evidence guides us as to what medications to use and for how long. But blood thinners are dangerous. What if the patient is elderly and tends to fall a lot? Is it safer to give blood thinners for a long time or not to give them? This requires knowledge mixed with art.

In December 2017, the Trump administration tried to put the kibosh on evidence-based medicine by issuing a directive to the CDC forbidding the words: vulnerable, entitlement, diversity, transgender, fetus, evidence-based and science-based.[5] It was suggested by an unnamed Trump official that the euphemistic statement "CDC bases its recommendations on science in consideration with community standards and wishes" be used instead of "science-based" or ­"evidence-based."[5] Such a change would significantly water down the meaning of evidence and science because it would allow for (at least implicitly) the introduction of pseudoscience from the "community".

The directive was quickly and also anonymously rescinded, but it may have a similar stifling effect by inducing career staff to self-censor.[6]

EBM has revolutionized medical science. It has helped minimize decisions based on superstition and "common sense," though it is not without its flaws. Some of its techniques are nearly impossible for the individual physician to apply, and it often relies on the statistics of populations and samples that may or may not apply to an individual patient given the manifold variations of human biochemical makeup. Flawed as it can be at times, it is none-the-less the best science and rational thought currently has to offer. It stands at the gates of medicine and guards against quackery.

It's worth stressing here that, while evidence-based medicine freely admits to being flawed, it is substantially less flawed than the alternatives, which aren't so willing to admit to having flaws of their own.